WHAT DOES POPE FRANCIS THINK ABOUT ECONOMY?

This event has passed. 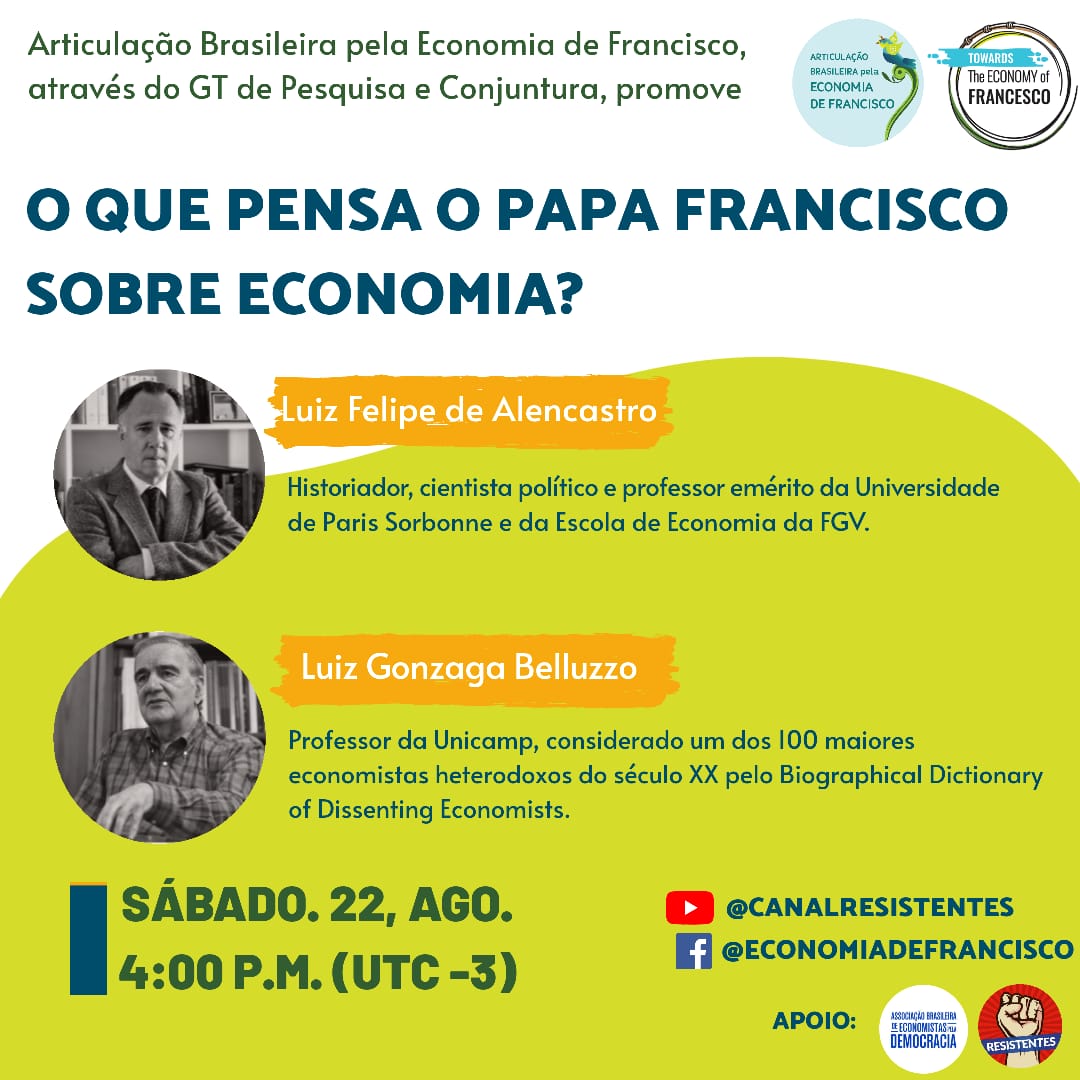 WHAT DOES POPE FRANCIS THINK ABOUT ECONOMY?

The event will be an online seminar with two of the most important Brazilian thinkers: Luiz Gonzaga Belluzzo (Unicamp) and Luiz Felipe de Alencastro (Sorbonne). The goal is to establish a dialogue between the ideas of Laudato Sí and Evangelii Gaudium and the Brazilian tradition of economic thinking called developmentalism. We will also discuss the implications of the Economy of Francesco for the current economic outlook.

(Unicamp – Brazil, and a former Jesuit seminarist) is known for his own interpretation of Marx’s analysis of the capitalist mode of production, and currently proposes a necessary critique of the well-known financialization of neoliberal capitalism, and of the economic reductionism practiced by the “powerful in the world who imagine they can handle people’s lives ”, as he says.

(Sorbonne emeritus) is a plural thinker with a strong presence in the perspective of economic history (in line with the analysis of the world-system), heir to the legacy of Celso Furtado (and his nationalist concern with the development of Brazil), and has currently reflected on what the world will be, and especially the global South, in the geopolitical configuration of the 21st century.

The Economy of Francesco

The seminary is organized by the Research Work Group of ABEF
(Articulação Brasileira Pela Economia de Francisco), and will take place in Portuguese, but you might be able to use closed caption on YouTube (TBC).
CLICK HERE!
+ Google Calendar+ iCal Export

We use cookies to ensure that we give you the best experience on our website. If you continue to use this site we will assume that you are happy with it.OkPrivacy Policy
Go to Top