On September 9, the event Access to Justice and the Rights of Indigenous Communities was held via zoom. This dialogue is part of a series of webinars being held by the village of Agriculture and Justice and on this occasion the issue of justice from a Latin American approach was presented. Catalina Hinojosa from Ecuador, tells us about the experience the village is having and the key points of the dialogue that took place in this event. 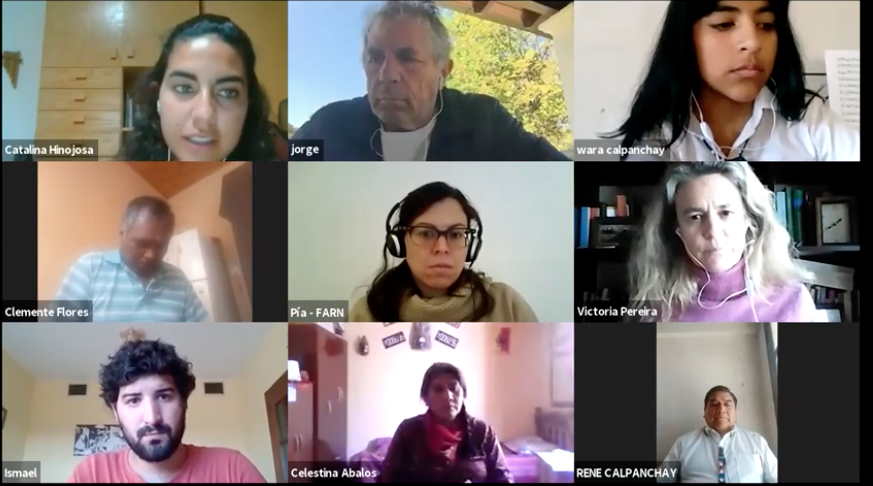 The Agriculture and Justice Village

During these months, young researchers, entrepreneurs and changemakers from all over the world have debated and worked to read the current economic system from other points of view and propose alternatives to give a soul to the global economy. The adhesion of the participants of Economy of Francesco to participate in the whole process has been possible thanks to the work developed inside each of the villages where they registered. The villages are the heart of this process, and Agriculture and Justice is one of the 12 villages.

We have divided ourselves into four subgroups:

1- Formation/Webinars. These are all the conversations and dialogues that are generated with experts on topics of Agriculture, Silviculture and Justice.

2- Projects. We have collected the projects that the youth of the village are working on or have carried out, and which are being technically supported by the experts who are part of the village.

3- Entrepreneurship. They include all the work to maintain and propose solutions to agricultural issues at a sustainable level. This group has been accompanied through courses and tutorials to generate ideas and to build proposals for startups.

4- Research. This group is working with proposals that are related to agriculture and justice issues, through debate and dialogue among participants.

An approach to the topic of justice

In the village of Agriculture and Justice, the topic of agriculture has been discussed several times as a central theme, however, it was a special occasion because the focus of the reflection was above all the topic of justice from a community point of view, and therefore it was a dialogue animated by personal experiences and not by academic debate. This is of great relevance since this debate took place under a different sensibility: in Latin America this issue plays a very important role and has given way to great reflections on how it is understood and debated, for example, in Latin America in relation to Europe.

It was a super enriching webinar, especially to learn about the realities of non-recognition of the rights of indigenous populations in certain territories, mainly due to the issue of resource exploitation.

The first: decolonization of thoughts

An important reflection that emerged in this dialogue is that we have to reach a point of decolonization of thoughts, not just ideas, and that obviously the rights of the population are recognized; that their practices are recognized and that they are taken into account, because normally laws do not respond adequately to their experience or their needs and specifically people do not have how to defend their territory and their rights.

Faced with this reality, it was very important for those of us who participated in the dialogue to recognize the great value of their practices. They (the indigenous communities) have realized that the best way to confront and change the situation is through working together, and they greatly emphasized the experience of the minga* and living together in diversity while respecting the other.

They respond to injustice by practicing respect, recognition of others, recognition of interculturality, intergenerationality and interdependence, but above all, recognition of good practices that exist in other territories, in other places. It is like connecting the two worlds: the indigenous world with the western world – which we would call it.

The importance of young people in this process was also highlighted because they are not only the future, but they are the present and the future.

The second: understanding the human being

To be able to do one must be, and that being means to be in harmony. To be, to feel, to think and to do always in harmony with everything that surrounds the being, looking at the heart and starting from the values of humanity.

* The minga comes from the Quechua language (mink’a), which was what certain Andean communities called community or collective work with social utility purposes. The word minga in South America is used in reference to community work, or work among friends who help each other.

“The importance of the minga lies in the attitudinal value of the event, since when the leaders called for it, the great majority of the population mobilized and organized themselves in such a way that the physical effort that the minga represented became a true celebration of life, of love, an authentic celebration”.
From La Minga en Movimiento