Five years after Laudato sì. Where are we now?

On Friday, May 22, 2020, the first online scientific conference with international participation named “Five years after Laudato sì. Where are we now?” was held at the Catholic University of Croatia in Zagreb. 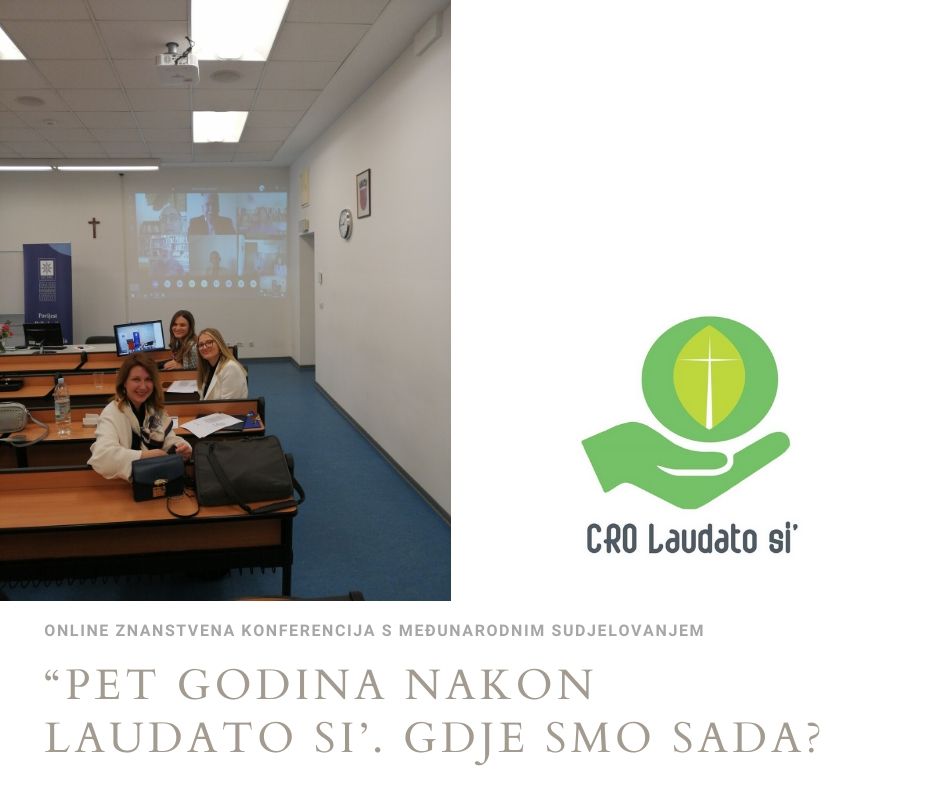 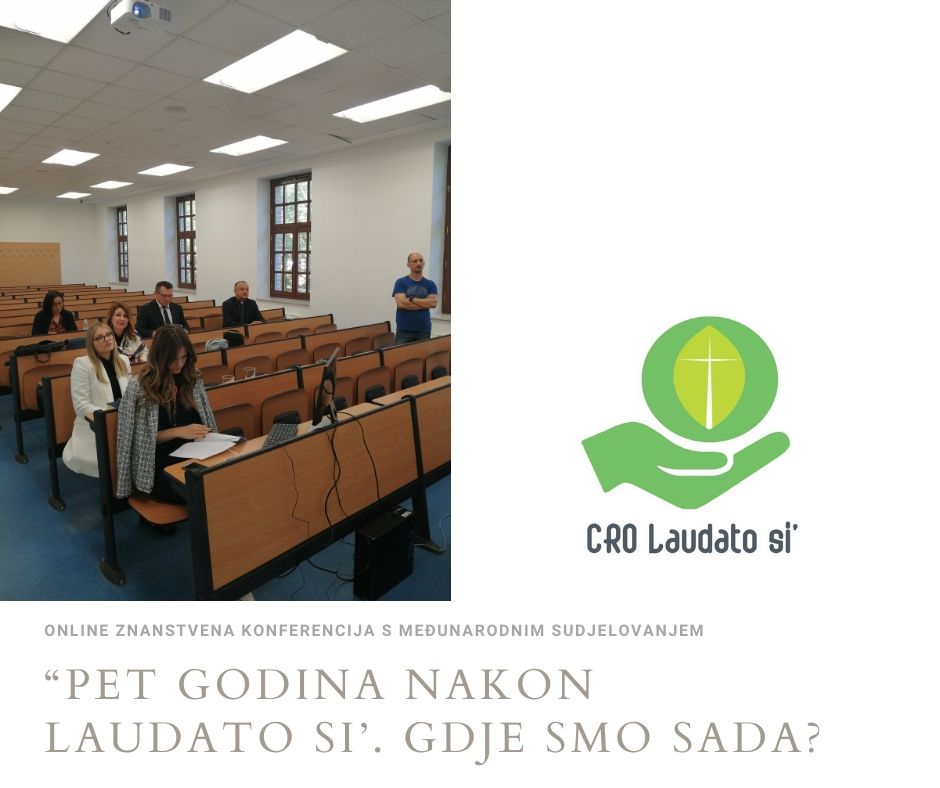 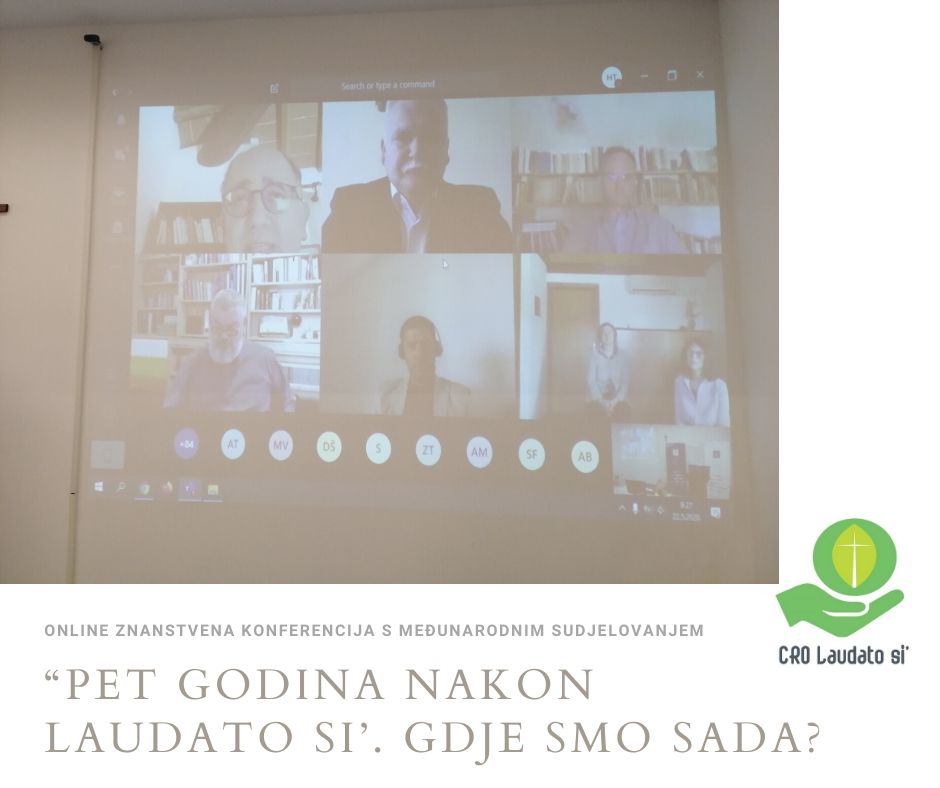 CRO Laudato sì  – Caring for our home is the scientific project approved of the  Catholic University of Croatia. Partners of the project are the Croatian National Fraternity of Franciscan Secular Order and the Franciscan Youth in Croatia. The main goal is to implement the Social Teachings of the Church about the relationship of the man and God in the world we live in. This subject about our common home (Earth) is elaborated in the Encyclical Letter Laudato sì.

The project CRO Laudato sì consists of two parts. First part are six monthly activities which goal is to change the everyday habits.  Every month (from December 2019 till June 2020) has its own activity. Only December and January had the same activity: respecting non-working Sundays.

February was a month of energy savings for household heating, March was a month of water savings. April was a month of avoiding food waste, May was a month of electricity saving and the last month, June is a month of avoiding the use of plastics. Every month we present a few guidelines for that specific month and topic.  The main platform used for this project is Facebook. Every month a new poster with activities is published on Facebook (Cro Laudato sì) page in which anyone can participate in (e.g. unplug all unnecessary cables, close the tap while brushing your teeth, use leftovers from lunch for the second meal etc.)  The second part of the project is a scientific research and other scientific work (organizing scientific conferences, publishing scientific articles, networking with international scientific actors and institutions…)

But why is this project so important? First of all this project involves young people and students who, through their inclusion and participation in this project, create a social sensitivity and a sense of others. Project CRO Laudato sì covers different areas, from social to environmental, all based on the idea of human dignity. Young people represent the potential for possible change in society they live in, so it is essential to involve them in projects such as CRO Laudato sì. Precisely because by their participation in such projects, young people represent active people who want better place to live and who have need to change what is not desirable in society. Young people must be encouraged to be creators of social processes, not just passive individuals. It is also important to mention the role of the Franciscan Youth who are trying  through their work and actions, live the gospel and follow the example of St Francis of Assisi, known for his modesty, who in his poems Cantico di frate Sole and Cantico delle creature celebrates the beauty of the Earth and Love for it. 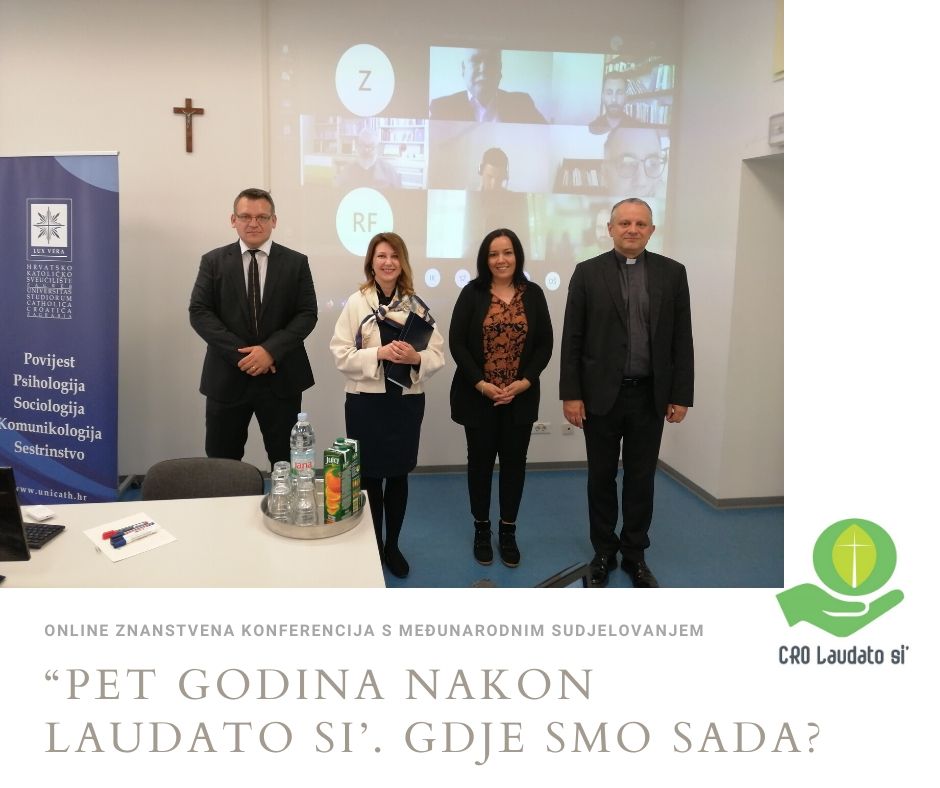