Falling down of women occupation during pandemic

Falling down of women occupation during pandemic

by: Women for Economy Village (TEXT ONLY IN ENGLISH)

In the seminar, promoted by the Women for Economy Village, Gianna Martinengo, entrepreneur, was invited to share her experience and knowledge about the pandemic situation that changed the way of work and its impact on women’s occupation.

The event begins with Cristina, from Brazil, who highlights the falling down of women’s occupation during the pandemic in her country. She underlines how in general Brazilian women are less involved in the labor market and how the levels of women unemployment are high. The pandemic makes it even worst. The unpaid care work increases for the black women (52%), for the white (46%) and the indigenous (50%). The gender gap is present in the country in a consistent way and unfortunately due to the pandemic women will still be the ones who will pay the highest price. Pandemic impacts women and men in the labor market, increasing the unemployment rate, and informality; because of the characteristics of the pandemic women were more impacted than men; there has been an increase in the unpaid care work of women; gender inequality in the labor market increased.

Then, Danielle from Lebanon talks about a case study of Lebanon and France. Lebanon is a developing country and France is a developed one. The covid-19 has plugged the global economy into a deep contraction and some countries were better prepared than others. Based on the analysis undertaken by the Word Bank, Lebanon experienced a contraction in real GDP of almost 40%, while it was only 5.7% in France. So many employees lost their job obviously because the employers closed or lost business due to the pandemic. So, the unemployment passed in 2018 in France from 9 to 8.60 in 2020 and in Lebanon from 6.10 to 6.60. Female unemployment in Lebanon passed from 9.51 to 14.35: a major part of jobs was lost by women. This dramatic drop in women’s engagement in the economy has the potential to have a profound social and economic impact on the country. Women’s engagement in the economy is proven to create stronger and more inclusive societies, and at a household and community level, women’s access to public space and employment is a critical input for ensuring their access to health care, pensions and other key social protection assets, while also serving as a critical input for enhanced decision making and reduced violence. During times of crisis, there is a tendency for the pursuit of gender equality to be considered secondary, a goal to be tackled once the crisis ends and economic growth has recovered. However, the reality is that taking steps towards gender equality is critical for addressing social and economic stability. Women are part of any recovery and solution and supporting women to enter the economy in significant numbers has the potential to support fiscal sustainability. 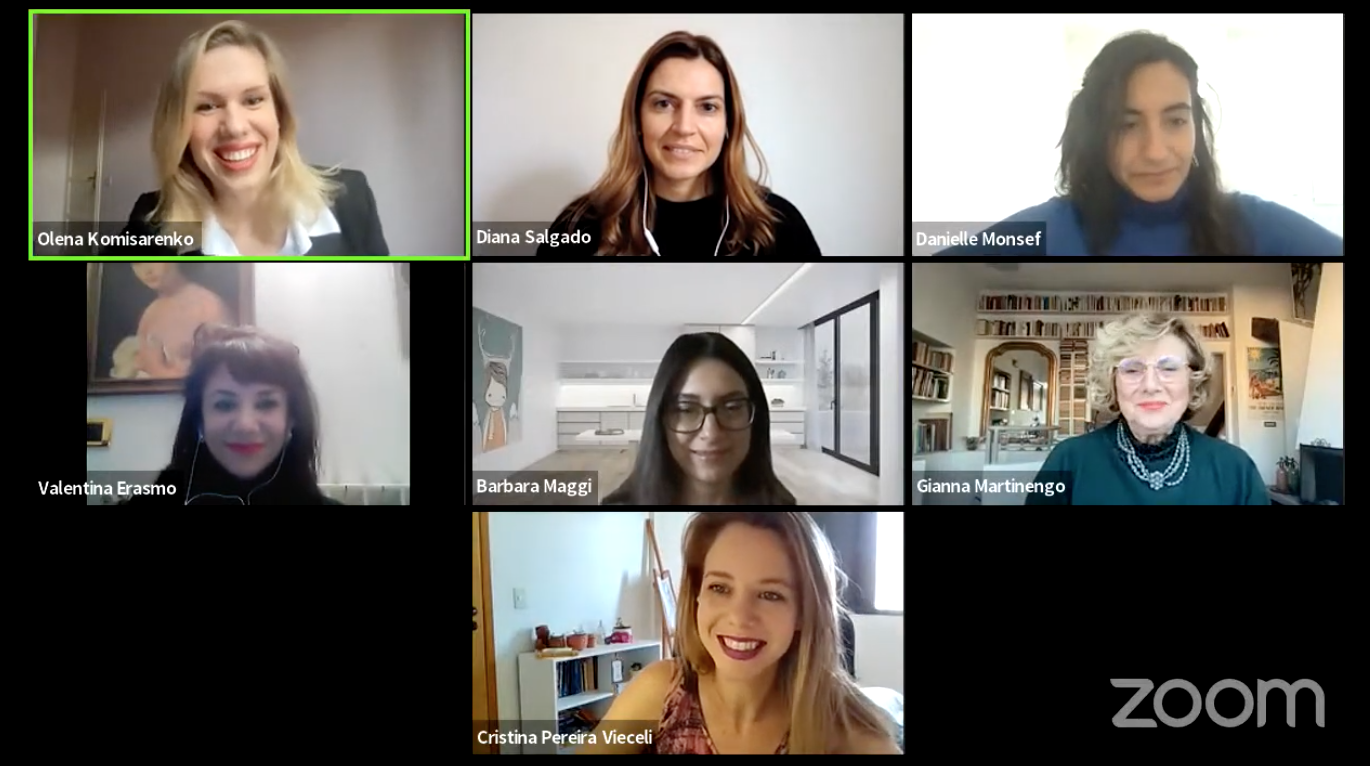 Then, Valentina from Italy comments about the falling down of women’s occupation during the pandemic in Italy. Before the pandemic, in 2019, the employment rate for women was 17.9 points lower than that of men. The national gap is relevant: the employment rate for women is about 60% in the North, while about 33% in the South. The average wage for women is about 59,5% of men’s. About 40% of women are employed in trade, health and social care, school. Moreover, Italy is in the last place as regards the EU Gender Equality Index 2019 about women’s participation (e.g., Italy 69.1 vs. Sweden 95,9). During the pandemic the situation changes drastically, the total amount of job losses is around 841.000 (44, 1% men but 55, 9% women). This contributed to the increase in inactive women (+ 8.5%, or 707,000).

Most of the women who lost their jobs had precarious or home-related jobs or were self-employed women. Valentina suggests some causes related to the price paid by women during the pandemic: self-employed women and precarious women workers can be easily fired; the demand for women domestic workers is collapsed because of smart working. Instead, the women employees continued to work also during the Spring 2020 lockdown, but schools were closed and about 30% of these women had to assist their children during distance learning. Many women decided to abandon their jobs because they were afraid of managing life and work. A further difficulty for women is linked to the increase in domestic violence during the pandemic and the difficulty in asking for and receiving help.

The fourth commentator, Diana from Portugal, shares data about her country. Women in Portugal have more difficulties in finding work and even earn 78% of the salary of men in jobs with the same qualifications, reveals the report “Education at a Glance 2021”, released by the Organisation for Economic Cooperation and Development (OECD).  At school, girls perform better and fail less than boys, but when it comes to entering the labor market, the situation is complicated. Last year, only 65% of women between 25 and 34 who had completed the 9th grade were employed, compared to 80% of men in Portugal. Portugal is the fifth EU country with the greatest impact of the pandemic on the labor market. Women have been more penalized, with an impact of 5.6% on female employment and 5.3% on male employment. At the end of April 2020, the Portuguese economy had 50,000 fewer jobs than in February, of which more than 44,000 were held by women. 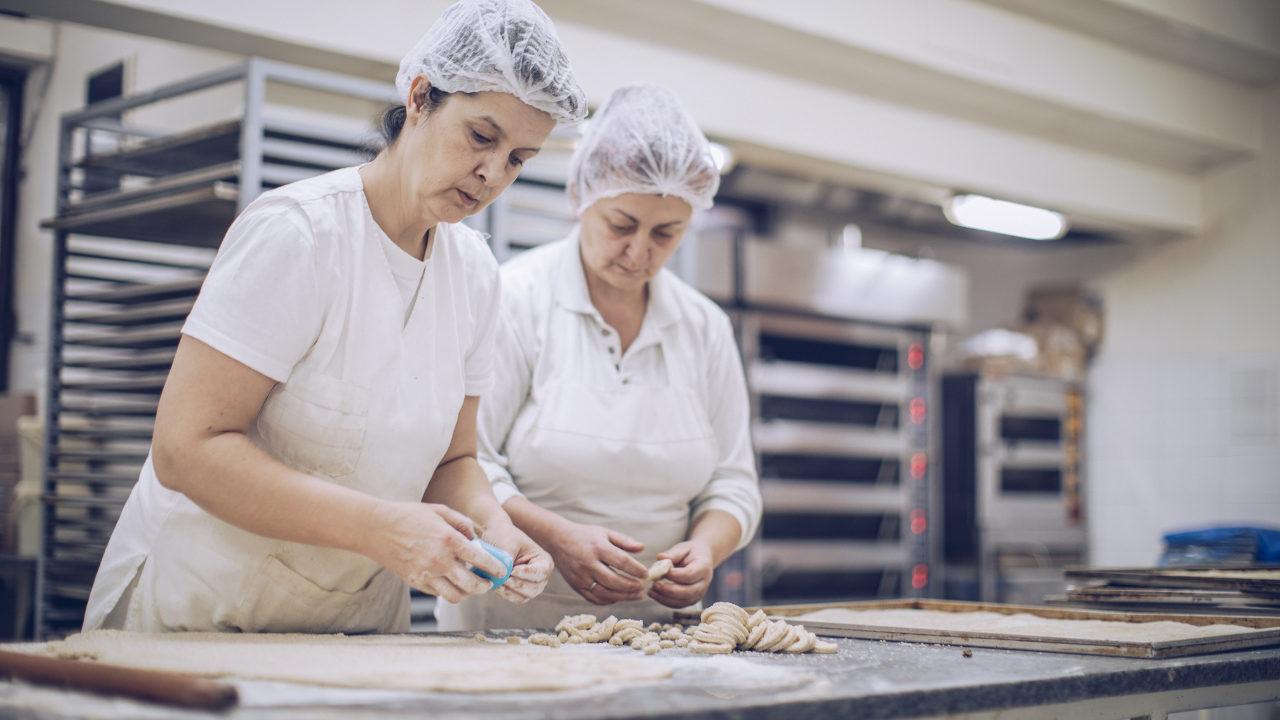 People are moving from being unemployed to being inactive, with a greater impact on women. Women’s employment is concentrated in care services and direct services to the public, involving physical proximity between people, which creates a double vulnerability. The closure (or reduced hours) of schools and other social facilities reinforces support needs for children and dependents and has a disproportionate impact on employed mothers and especially on those in single-parent families. According to traditional gender roles, it tends to be women who carry out unpaid domestic and care work. The proportion of the employed population who always or almost always worked at home reached 25.2% for women and 21.1% for men.

As a result of the signs of dissatisfaction among women with their working life, there is, for example, less desire to have children, a fall in productivity, an increase in relational crises, more divorces, less health, and a lower quality of life.

The second part has been dedicated to Gianna Martinengo’s speech. Gianna is an entrepreneur and founder of a company that was the first one in Italy in 1983 to anticipate the centrality of personal humans in technologies. She was also president and founder of women and technologies that is an association that deals with interested in fighting stereotypes. She was involved in an important national board for the future of science and technology at the European Parliament. She developed more than 800 projects and the most important thing is that the research and development activities have enabled her to get in touch and work with universities in Europe, the USA, Canada, China and Brazil.

The pandemic has also affected women and, above all, has made them more vulnerable in the workplace and in the family. Inequalities, the number of lost jobs, domestic violence and unpaid work have increased. Moreover, the management of the family and children has made them less free to manage their time. The pandemic, given its characteristics, has brought isolation and distancing. This has generated an increase in digital capitalism, which at the same time has offered great connectivity possibilities. One of the great human abilities is adaptation and resilience, even if the sense of touch is being lost. Communication has changed and sometimes the television or radio have become the salvation for many people because they have allowed them to be connected and not alone. All the technological modalities that have allowed and that allow interacting at a distance are essential to continue the work in the organizations and the dialogue between friends and family.

Networking is very useful for women’s empowerment, at several levels. At the operational level, networking is needed to have active and proactive colleagues, as well as capable leaders and employees. The strategic level is the most important and is formed by the awareness of having leaders, CEOs of depth and being able to listen to everyone to be inspired and anticipate phenomena. The change of mindset is significant. In fact, many organizations have understood the importance of change management and the ability to transform and adapt to changes. The needs of people must be considered. New values arise solidarity, sharing, capacity, listening, trust, responsibility, inclusion and reputation. There is no more space or no longer space for personalism, selfishness, or priority in economics. It’s the time of the social economy. In this framework, women need to push on self-empowerment, be aware of the values and the skills that distinguish them, also invest in digital skills, as the future will be dominated by new technologies. Female leadership needs to rely on precise soft skills and not by emulating male behaviors.

In conclusion, women have to keep learning, never give up and keep using one of their natural abilities, which is empathy. So, women have to use empathy and culture in order to listen to the needs and anticipate the needs in the workplace but also at home. If women keep studying, learning and being curious, the future will be for them.