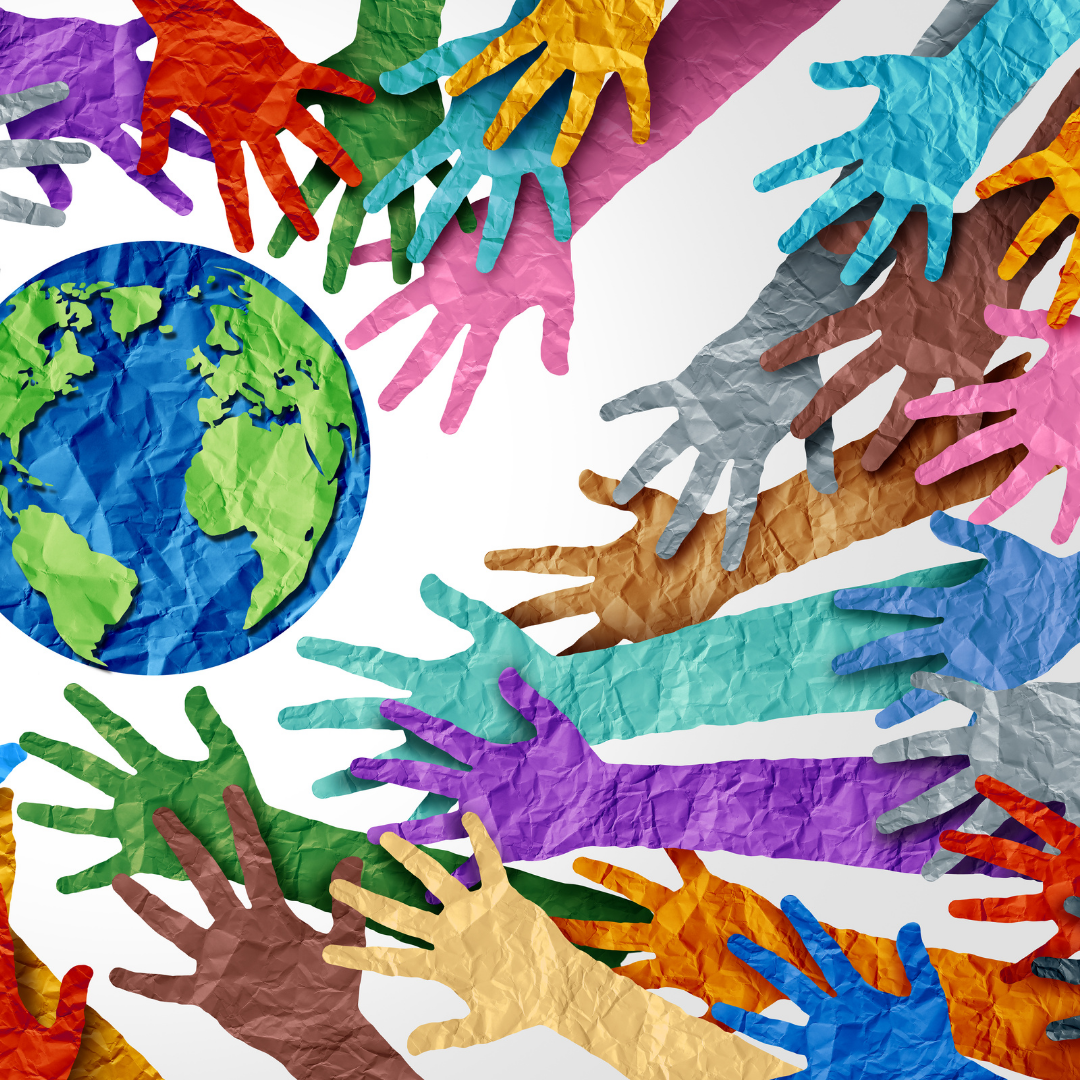 Generally, when human rights and diversities are related, the term inclusion is the one that appears as a way of shortening distances and generating policies that legitimize these “Others”. This article presents a new paradigm to address the issue of disability, a specific field of study of the author, which can be applied to other socially vulnerable groups.

This is the first part of the article by Ana Argento and is part of the Human Rights Magazine, of the Village Co2 of Inequalities.

The Model of Communication and Legitimate Acknowledgement of Disability (MCLAD) is characterized by a paradigm shift: moving from inclusion to acknowledgment. To substantiate this, three categories are presented: acknowledgment, distance, and vulnerability. The different theories and concepts that support the model will also be presented. The purpose of the MCLAD is to deepen the idea of empowering people with disabilities as part of today’s diverse societies and closing historically constructed gaps that are still in force.

The Model of Communication and Legitimate Acknowledgement of Disability (MCLAD) tries to break with the logic of continuing to add terms and euphemisms around the issue. I propose a new line to think about relationships in democratic societies. Taking the step from inclusion to acknowledgment does not imply another way of naming disability, but rather addressing the problem from concrete practices of recognition. Conveniently, the “D” in the model name can be understood and used for both “disability” and “diversity”. In this sense, I want to invite the reader to understand that all the development of the new model can be applied to other social groups, historically invisible, and whose rights have been violated (migrants, refugees, ethnic groups, etc) both in their categories and in the axes across them.

In order to arrive at the proposal of the MCLAD, I will first present some facts about disability. Then I will discuss why it is necessary to change the paradigm by questioning the term “inclusion” and proposing the use of the term “legitimate acknowledgment”. Finally, I will address the implications of the MCLAD, and I will share some conclusions.

When one thinks of the binomial “human rights” and “disability”, they are easily conceived as historically intertwined. However, this is not the case. The link between society and People with Disabilities (PwD) has changed over time. They went from dispensing with them to placing emphasis on the barriers that society built by not taking them into account, which impeded the development of its full autonomy. As paradigms emerged, they also became intermingled, and these mixtures between models do not quite put the emphasis on the person and their rights within the society of which they are apart.

On the other hand, although at the global level there was already a Human Rights`Declaration promulgated in 1948, which established the fundamental rights that should be protected for all the people of the planet, it seemed (and the facts of invisibility and vulnerability in compliance of their rights demonstrated it) that people with disabilities were excluded from such protection and a Convention had to be created exclusively to ensure their rights (the same has happened with other groups such as women, children, etc.). This macro document called “International Convention on the Rights of Persons with Disabilities” was promulgated by the UN in 2006. Something that identifies this Convention is that people with disabilities from different groups participated in the drafting of its articles, which marked a legal milestone in which the same people involved and who favored a normative framework, were active members of what was expressed and demanded all the States parties that adhere.

From this contextualization and before presenting the new model, it is necessary to answer some questions. First of all:

“Why is it necessary to change the paradigm?

To understand what the MCLAD proposes, first, it is necessary to explain why we will question the term “inclusion” and why I propose an alternative: “acknowledgement”.2 From an etymological point of view, the word “inclusion” derives from the Latin includere, which means to put inside, to shut in, to insert. The term includere is made up of the preposition “in” (within, inside) and the verb “claudere” (to enclose, to confine, to make inaccessible). Inclusion could be understood as the action of bringing something/someone inside (dictionary.com; etymonline. com). The adjective “social” comes from the Latin sociālis, which means to belong to, to be dedicated to, to live with, to join others. Sociālis is made up of the noun soci (partners, fellows, comrades), and the suffix ālis is added to turn the noun into an adjective (Sandoval, 2016, p.82).

In this sense, it is worth asking whether it is real that some people are outside society and should be included. How can this inside/outside division actually take place? In concrete terms, every person makes up society; we are all members of society, the only difference is that many people participate in unfavorable conditions (Sen, 2000, p.28). It is hard to imagine that people are “outside” society or completely outside of social and economic life. The same happens with inclusion: it is very difficult for people to be completely “included” (Mascareño and Carvajal, 2015, p. 136).

This is why the Inter-American Development Bank (BID, in Spanish) (2007) adds question marks to the title of its report “The outsiders?”, since speaking metaphorically about the outsiders and the insiders does not allow for a clear conceptualization of social inclusion. For its part, the definition given by the World Bank makes reference to society by indicating that social inclusion is “the process of improving the skills, opportunities and dignity of disadvantaged people on the basis of their identity so that they take part in society” (World Bank, 2013).

Numerous authors (Levitas, 2003; Mascareño and Carvajal, 2015; Sandoval, 2016; O’Reilly, 2005; Young, 2000, among others) have investigated social inclusion from different perspectives and analyses, which accounts for the elasticity of the concept. For Sandoval (2016, p. 95), one way of understanding the process of social inclusion is to note that it involves the incorporation of people or groups in different articulated or interdependent mechanisms of redistribution and recognition (what we call “acknowledgment”), since the disadvantageous or non-significant way in which these people participate in society is mainly due to rules and norms (institutions and culture), and to the material and symbolic deprivation, be it individual or collective, that these rules and norms produce, which lead to poverty and/or lack of respect. In addition to this, there are individual factors (such as lack of family support, lack of social networks, old age, gender, skin color, chronic disease, disability, sexual preference, belonging to a different culture, etc.) that, when perceived and valued from the perspective of the dominant institutions and culture, they result in the disadvantageous participation of these people or groups in the different areas of society. Sandoval defines the mechanisms of redistribution and recognition as those policies, programs, plans, laws, rules, institutions and other instruments administered by the State that, in an articulated way, channel and change the way in which material resources (redistribution) and symbolic resources (recognition/acknowledgment) are distributed to those groups that, due to the lack of or the systematic deprivation of these means and tools, participate in society in a disadvantageous or insignificant way.

This last conception of the “redistribution and recognition mechanisms” enables us to confirm that the term inclusion by itself remains ambiguous and requires other components to make it concrete. At the same time, it allows for an openness to thinking about recognition/acknowledgment linked to inclusion. It can also be considered that, although the term “inclusion” admits different conceptions and practices which should be valued and applied (for instance, inclusion policies), it does deepen into the question of the empowerment of people with disabilities at the personal level, with all that it implies.

Although the main goal of this article is not to continue delving into the different views and conceptions of social inclusion, in this section, we wanted to provide some insights that allow us to understand that the term inclusion is ambiguous. My proposal of a paradigm shift based on acknowledgment already implies inclusion (with its conception provided by the Social Model that we will explain later), and it allows us to interpret legitimate acknowledgment by taking into account the three axes; person–society–State, which permanently interacts with the three categories: acknowledgment, distance, and vulnerability. For its part, the proposal of self-acknowledgment (explained later in the person axis and the acknowledgment category) within the MCLAD is central to understanding that inclusion is not possible without self-knowledge, and that true legitimate acknowledgment will begin when the person perceives themselves as an active member with rights and responsibilities when society values all its members and when the State effectively fulfills its role by turning laws into concrete practices. 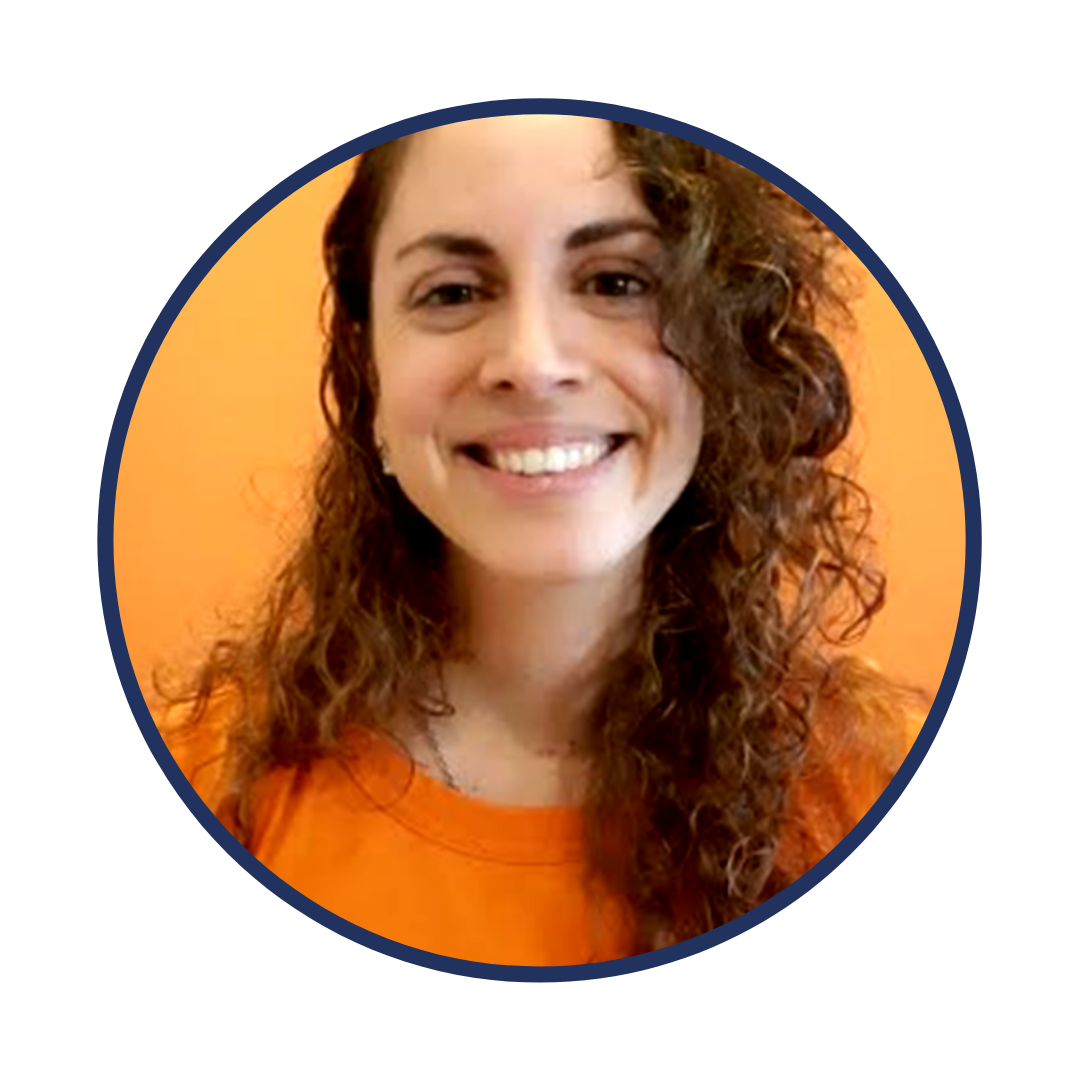 Social Communication with a track in Research and Planning.

She is specialized in Disability.

She is the Co-Founder and General Coordinator of Por Igual Más Foundation (www.porigualmas.org).

Author of the Model of Communication and Legitimate Acknowledgement of Disability.