Monument with 13 bells gains special lighting during an event that promotes fairer economics. Initiative will have the virtual participation of Pope Francis.

The Belfry of the National Sanctuary of Our Lady in Aparecida will receive special lighting from this Thursday (19). The structure, which houses 13 bells, will receive the colors olive green, light brown and yellow. The action takes place in line with “Economy of Francesco”, an international online event promoted by Pope Francis. The initiative seeks ways for a fraternal and sustainable economy. The lights can be seen until Saturday (21). 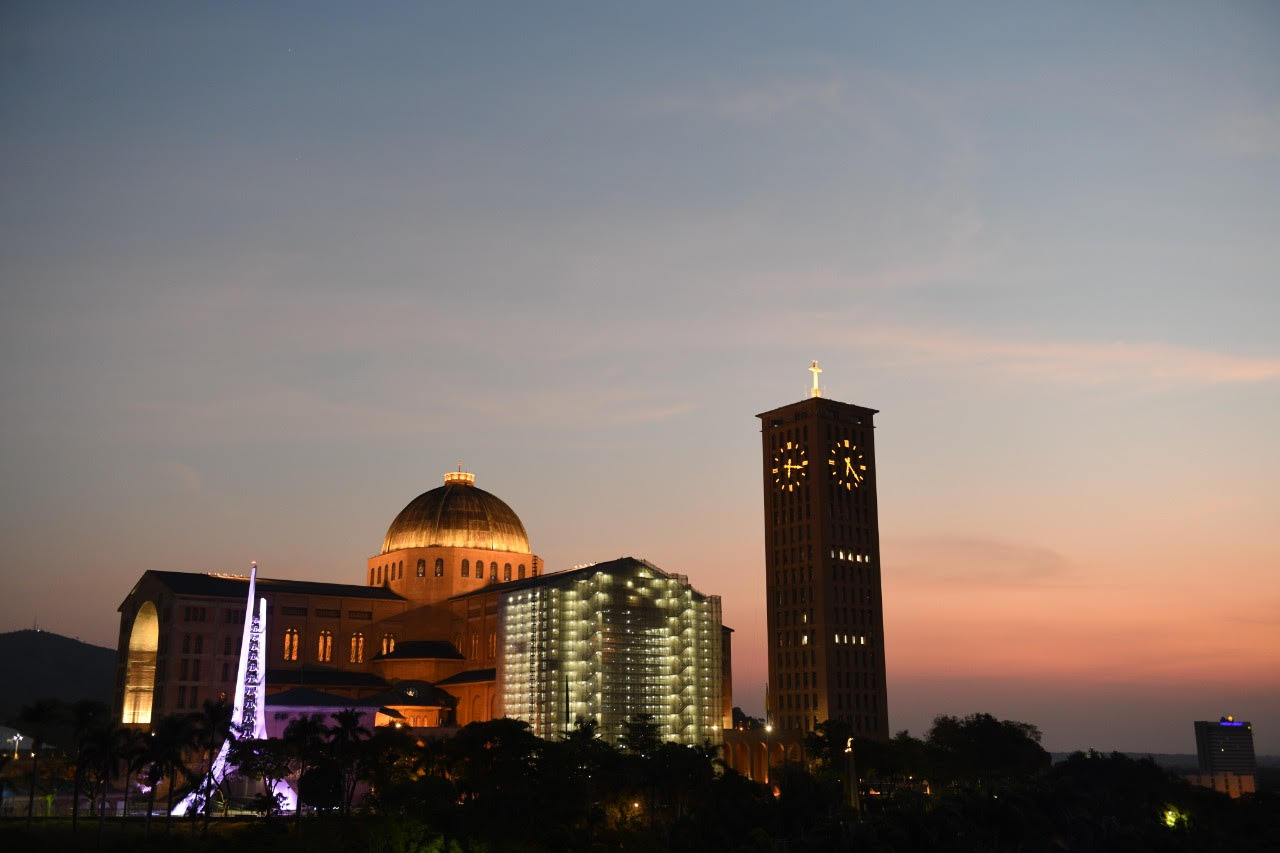 During the three days, the lighting will be activated at 18h. The colors will alternate every 30 seconds.

Until the 21st, 9 am and 6 pm masses, held at the Basilicas Nova and Velha (Old and New Buildings of the Sanctuary), respectively, will celebrated in special  intention of the event. The actions want to demonstrate the proximity of the main Catholic temple in Brazil with the initiative of the Pope Francis.

Initially scheduled to take place in Assisi, an Italian city located about 180 km from Rome, the event takes place online, with live broadcast. In all, 3 thousand  young people from 120 countries signed up to participate in “Economy of Francesco”. Brazil is the country with the second largest number of participants, with around 280 young people enrolled. The group has economists, researchers, and entrepreneurs up to 35 years of age, mostly from peripheries.

The country will be one of the 20 to present a message during the event, which will be shown to Pope Francis through streaming. Aspects of the Brazilian socio-economic reality and challenges for the implementation of a fairer economy in the country will be presented.

In addition to the Campanário de Aparecida, Cristo Redentor, in Rio de Janeiro (RJ), also receives illumination in the colors of the event. The carioca monument will be light up on Saturday at 19h.