Why agriculture and justice?

Hunger and undernutrition are the most acute result of the inequality that affects the world in the present and past centuries. These are urgent issues, and nevertheless are old problems that have been aggravating the dramatic injustices of a globalised world for centuries without being solved. However, solutions are known for almost as long as the problems exist. The most basic element to fight against poverty and hunger is to strengthen the food production and the generation of employment and income. Food production is sufficient to feed the world population. Production grew continuously throughout the 20th century and the beginning of the 21st century. What’s missing then? What is lacking is the adequate distribution of the  food that is produced. Employment, income and land are lacking so that the entire population of the world can have access to food in sufficient quantity and quality. 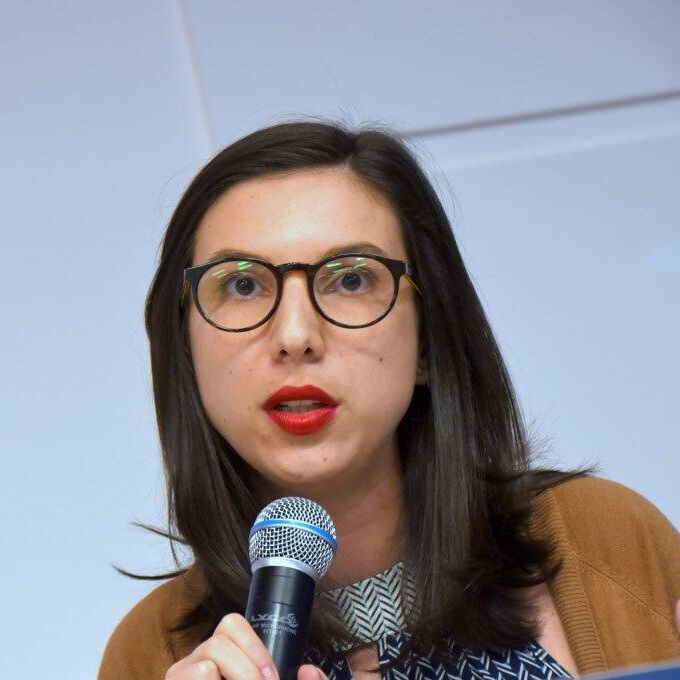 One way to fight hunger is to seek fair agriculture. A kind of agriculture that produces enough quality food and also generates decent employment. A kind of agriculture integrated into a sustainable food system in which the food is healthy and nutritious for the consumer, which promotes a comfortable life for the farmer and his communities and preserves the environment for present and future generations. In this sustainable food system, there is also room to preserve culture and local traditions, the bonds that connect and unify communities.

The food supply for 7 billion people seems to be a complicated question to think globally. However, it becomes more feasible to rethink based on territoriality. Different arrangements of food production endowed with sustainability, are taking root in different territories and are growing. Initiatives to shorten distances between farmers and consumers are gaining ground in urban centers in addition to the already well-known modality of fairs, bringing justice to agriculture. Farmers interact with consumers through collective purchases, where a group of consumers is organized and accesses the producer collectively with the aim of reducing prices, enabling the transport of long distance products, among other possibilities. The interaction also takes place via the Community Supported Agriculture where consumers pay in advance for production and assume the risks of eventual production losses. Another way is the Responsible Consumer Cells where consumers and producers discuss production together, consumers are responsible for monthly payments and the producer for providing baskets of products that vary according to seasonality. There are also groups of conscious consumption. These groups draw up a list of products they want to consume in that period and this list is passed on to farmers, who harvest their goods according to demand. These modalities are added to the already well-known interactions between farmers’ cooperatives and rural and urban social movements that seek production that is increasingly closer to sustainability to be offered to consumers at fairs and home deliveries. In the public sphere, there is a range of possibilities such as the use of commercial spaces and experiences of public purchases of food for consumption by public institutions or donations.

In Brazil that is the Brazilian School Feeding Programme which allocates part of its resources to family farming purchases prioritizing the production of quilombolas, traditional and indigenous populations and others, as well as prioritizing agro-ecological, organic and agrobiodiversity. The public sphere also, when articulated with civil society and responding to demands for sustainability, works by building legislation more adapted to the needs of those actors involved in sustainable food systems, whether in the countryside or in the city.

What are the participants experiencing?

The Village of Agriculture and Justice is a space free of debate and establishment of the guidelines that guide the construction of agriculture with justice. The view of agriculture linked to justice guides us on how to look at the problems to be solved by scientific research, which projects deserve to be promoted, which innovative solutions are necessary to be put into practice and which themes should be discussed. In the Villa, we are faced with sensitive issues and difficult choices about which way to go so that the shortest route to justice in agriculture is covered. We understand that there are at least ten fundamentals for achieving the objectives that we propose to achieve.

First, protecting biodiversity and encouraging the availability of a diverse diet that provides nutritious food and promotes the health of populations and communities.

Second, guaranteeing food sovereignty, that is, the construction of a political and economic arrangement that, at the same time, safeguards the food producer, protects the environment and provides food to its own territory in connection with its national, regional and local cultural and ancestral roots.

Third, safeguard the rights of women, within a gender equality proposal, as well as attention to young people, children and the elderly.

Fourth, seeking the demarcation of indigenous lands and indigenous peoples as well as agrarian reform so that the land fulfils its socio-environmental function and serves the population by promoting housing, employment, food and income and its regenerative vocation to safeguard biodiversity.

Fifth, encouraging the development of communities in order to make them more autonomous, self-sufficient and resilient through the biodiverse and integrated use of land, as are the agroforestry production systems, and the production of their own sustainable inputs, such as self-generation of energy, fertilisers and natural pesticides.

Sixth, creating a support network that economically enables the activity of small rural and urban agricultural producers, providing consultants such as  accountants and other professionals who can provide services at fair prices (technical, legal, financial, etc.) for the creation of new businesses.

Seventh, stimulating debates and proposing reforms in the state and public policies, such as (i) taxation, which burdens the food producer and consumer (eg small cooperatives today are taxed and inspected in the same way as large companies ); (ii) health regulations that often make the activity of the small producer economically unfeasible (iii) the need for decentralized technical / legal / business assistance systems to producers; (iv) public purchases of food for popular and school meals; (v) access to credit; (vi) energy, sanitation and distribution infrastructure; (vii) agroindustrial and logistics infrastructure that are necessary instruments of supply regulation, among other issues, that facilitate the insertion of farmers, peasants and other rural, urban, fishermen and extractivists to access markets in order to obtain a fair value for their work.

Eighth, structuring connections between scientific and technological production and the development of solutions that effectively benefit the producer and the consumer.

Ninth, designing and developing useful tools such as a digital platform to connect farmers and consumers, to be operated through a new social and ethical currency, backed by food production, enabling the formation of community banks aimed at truly sustainable local development.

Tenth, building a new narrative that generates a paradigm shift to replace markets, competition and profits for relations of exchange and cooperation. A new narrative that promotes food sovereignty through self-consumption  coupled with exchanges of surpluses that provide a fair price to producers and consumers, and at the same time contribute to reducing losses and waste.

The foundations cited here are the first steps in an agenda for discussion and action that a motivated group of young researchers and social activists has been proposing. An agenda that qualifies itself each week due to the debates developed and the progress made in planning and executing research, projects and startups.

I decided to study economics at 13 or 14 when I questioned why family farmers were not well paid for what they produced. The food they produced seemed to me much better than the supermarket. The idea of ​​knowing who produced and where the food was produced fascinated me with each visit to a small rural property. Over time, more specific questions arose: Why is it so difficult for family farmers to access markets? How much of the product price is paid to the producer? Do public policies for food acquisition impact income? Do these policies drive more sustainable production? Does the policy of public school meals generate incentives for diversifying production and increasing self-consumption? How to generate incentives for the use of pesticides to decrease so that family farmers do not continue to be affected by them? Why does the family farmer continue to produce within an agricultural model that, in addition to causing damage to the health of those who produce and those who consume, increases production costs each year, while product prices decrease? What are the alternatives? Is the construction of a sustainable food system possible? These questions have guided my academic research and have led me to the Economy of Francesco. The answers I found along the way led me to want to contribute to the construction of an economy that was inclusive. An economy that produces healthy and nutritious food, generating income and decent jobs for many.

What drives me is the certainty that I found companions in Francesco economy who see and feel for the current problems of the world today and have the common goal to change it. Together we are more capable to identify what are the real issues that prevent agriculture today from being presented and fair. By identifying the issues we are able to debate and find solutions. When we find solutions, we will be able to articulate actions between us and our wide network of peers that put the solutions into practice. We are able to drive successful initiatives and we are also able to innovate and create new solutions or adapt solutions to the most diverse territories. We are many and every day we find new partners that add up to our networks in search of the common objective that is to build this new economy, this Economy of Francesco.