Listening to plants for a new economic paradigm – EoF School 2022

LISTENING TO PLANTS FOR A NEW ECONOMIC PARADIGM

by EoF staff (Text only in English) 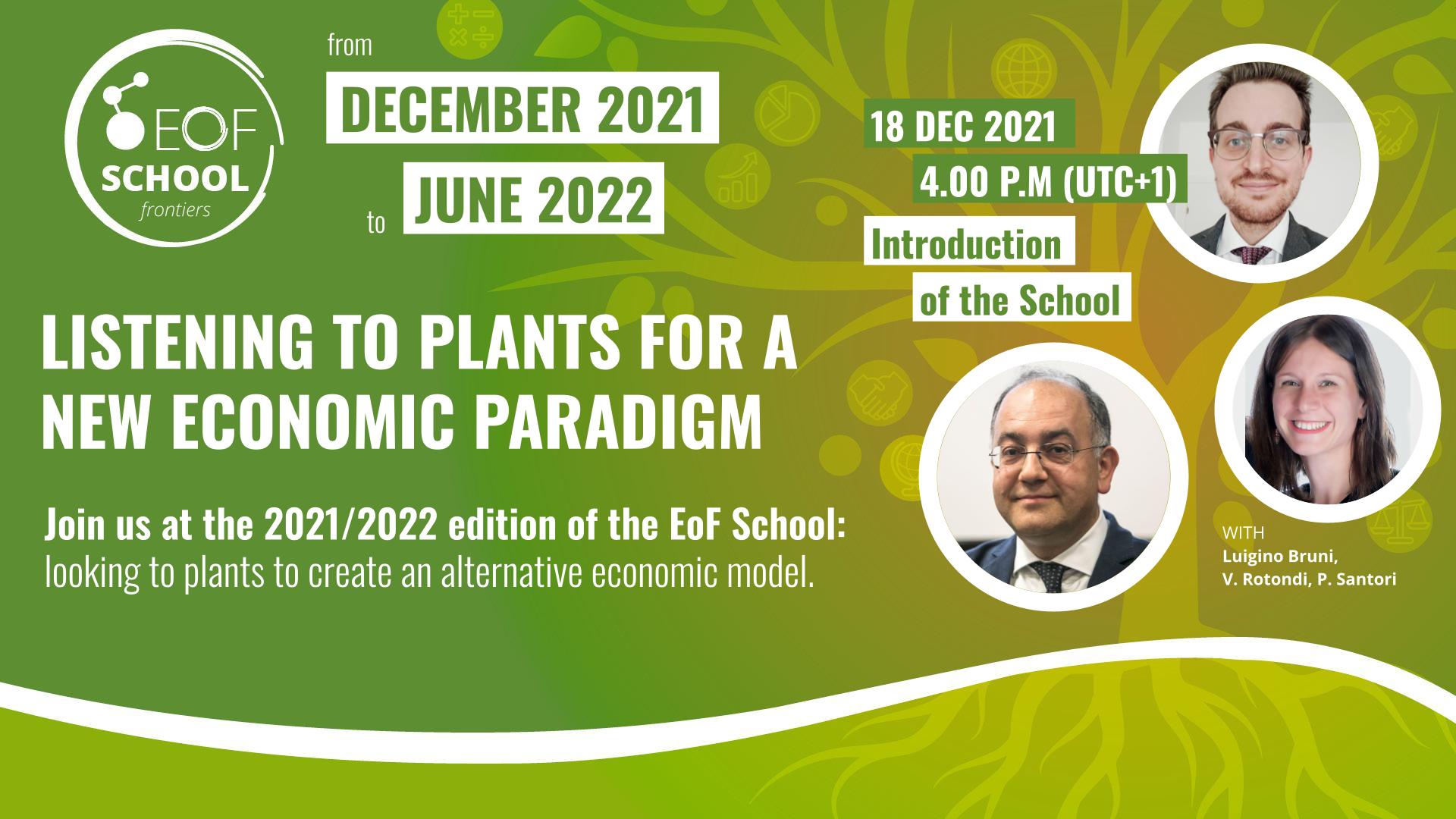 The title of the second edition of the school is thought-provoking: “Listening to plants for a new economic paradigm” . The first edition of the school and the dialogue between eminent scholars and young researchers taught us that the future of Economics is about the commons and that imagine, first, and then implement a fundamental, profound, and effective shift towards a new, green, sustainable economy that safeguards the commons is required if humanity wants to survive. Now the time has come to find a new ‘grand narrative’ for economics. Indeed, most of the proposals today do not challenge the roots and the basic paradigm of our economic system. In the last two centuries, while building both economics and the economy, economists chose the animal paradigm based on the division and specialization of organs and a hierarchically governed structure. While this choice has produced a massive success in speed and efficiency, it has proven to promote a predatory approach to natural resources against the local and global commons’ survival and has not avoided the tragedy of climate change-deterioration. A new paradigm is required that does not resemble the animal paradigm but rather a vegetal paradigm.

This edition of the EoF School wants to promote a genuinely transdisciplinary dialogue between eminent scholars across different scientific fields and young social sciences researchers aimed at shifting the economic paradigm from the homo oeconomicus to a persona oeconomica vegetalis.

>>> GO TO THE 2021 EDITION: RETHINKING ECONOMICS STARTING FROM THE COMMONS