The on-life seminars came to an end

On 29 July the series On-life seminars. Moving towards a post-Covid better world organized by the scientific committee of The Economy of Francesco came to an end. It meant to explore some of the topics and challenges of today’s economy with the participation of young economists and entrepreneurs in dialogue with world-renowned distinguished guests engaged in several fields ranging from development, work to finance and the environment. 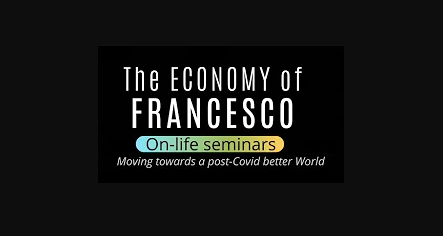 Watch all the ON-LIFE SEMINARS

11 sessions, 16 speakers. Over 22.000 views from more than 40 countries. Broad participation from all over the world: Italy, Argentina, Ivory Coast, South Korea, Portugal, Cameroon, Poland, Colombia, Nigeria, Brazil, Spain, Switzerland, India, Chile, Belgium, Ireland, South-Africa, Botswana, Cuba. This on-life seminars series was launched on May 1st. On Labor Day, the Canadian Philosopher Jennifer Nedelsky engaged in a dialogue with young people on the subject New scenarios for work, care and the earth. Poverty around the world and contemporary global society were the issues of the second seminar Poverty, Energy and Integral Ecology with Father Vilson Groh, a priest who lives and works alongside the poor in the Brazilian favela of Florianopolis. On the occasion of the Laudato Si’ week, the live streaming focused on Designing a regenerative and distributive economy. To address this topic, we welcomed a distinguished guest, the British Researcher and Professor Kate Raworth, among the top ten most influential world economists, according to The Guardian magazine. On World Environment Day, we opened our virtual doors to Jeffrey Sachs – leading economist from Columbia University – who held a conversation on The pursuit of happiness and beyond, delving into the relationship between happiness, economics and virtue ethics. A systemic, transdisciplinary approach – capable of integrating economics, ecology and ethics – was the focus of the webinar The systems view of life, with the physicist and systems theorist, Fritjof Capra, co-founder and director of the Center for Ecoliteracy. In the following online meeting, Carlo Petrini, founder of the international movement Slow Food, engaged in a dialogue on the role of food: for a new relationship economy.

These events were live streamed on the social channel of the international event The Economy of Francesco and witnessed the leading role of lively and skilled young people, with their questions, perspectives, ideas. This dialogue supported and deepened the work of the thematic villages, over the last months. Thanks to the availability of young volunteers, each webinar has been translated into 3 languages. The Scientific Director of The Economy of Francesco, Luigino Bruni, asserted that “from the report of the activities carried out in these months of lockdown, it is clear that The Economy of Francesco is alive and that it has never stopped, despite the wounds at this time of great sorrow. In February  –  when we had to postpone the meeting in Assisi – there was the letter from Pope Francis, a group of promoters and 2000 names of young people, who had answered Francis’ call. Today, The Economy of Francesco is a movement gathering young people, with faces, personalities, ideas, that dynamically moves and is alive all over the world. This is the most beautiful, paradoxical, fruit of this challenging time: it was like going through labor, a painful birth, as often happens in life, but The Economy of Francesco was born. From now on, we can only move forward and continue to be amazed by the providence and, above all, by the creativity and love of young people worldwide. Let’s go on with even more momentum towards our meeting in November, which will be an important step in an ongoing process, that once started, it never stops, as life is greater than anything, always”.

In July, meetings were held with the economists Leonardo Becchetti and Francesco Salustri – The environmental crisis and the Covid-19 pandemic: What we must learn for the future? – who offered an analysis on the environment, health, and economic-social wellbeing of local communities, while Loughlin Hickey (Trustee of BBB) and Helen Alford (vice director of Pontifical University of St. Thomas) discussed with Nash Billimoria a topic concerning Business as a Human System: the Blueprint for Better Business. A very interesting talk followed on peace economics with Juan Camilo Cárdenas (Professor of Economics, University of Bogotà) and Raul Caruso (Professor of Peace Economics, Milan) during the webinar Can business be agents of peace? Starting from the story of the American environmental attorney, known for the legal defense against the chemical corporation DuPont, the second last on-life webinar – Dark waters: business and environmental responsibility – with Mr. Robert Bilott and Mr. John Mundell addressed the role of businesses toward a sustainable environment, who is for everyone, and not against the common good of people. Mariana Mazzucato – Professor at University College London – guest-speaker during  the webinar Finance and value creation. Which opportunities for a post Covid19 world? ended the series with some insights on the broad issue of ‘value creation’ and a conversation about the role of the State in steering investment decisions towards a better future.

Other conversations online were organized by EoF villages. The Policies & Happiness village offered a crash course on happiness and economics, approached through the lens of civil economy, open to all the participants of The Economy of Francesco and to those who were interested in delving into the issues related to happiness and economics. Launched with a prominent speaker, Prof. Jeffrey Sachs, for the webinar The pursuit of happiness and beyond, the School of Civil Happiness hosted several distinguished guests: the economist Luigino Bruni, during the webinar on Civil Economy and Public Happiness; Vandana Shiva, social and environmental activist on Glocal Happiness; Domenico Sorrentino, Archbishop of Assisi on a topic regarding Families, Human Flourishing and Public Happiness – and Helena Marujo, University of Lisbon, with a talk on Happiness, education and relational goods.

The job of cooperating with Maura Latini (CEO Coop) was the webinar organized by the Agriculture & Justice Village; The Earth Cube with John Mundell (President Environmental Consultant) was organized by Life and Life-Style village. Economics and Solidarity challenged by Covid-19 with Antonio Moreno Ibañez (Universidad de Navarra) and The future of debt crisis in developing countries with the economist Ugo Panizza, were proposed by the Finance & Humanity village. The villages Work & Care and Business in Transition also promoted a dialogue on Business, Care, Vocation and Gratitude. 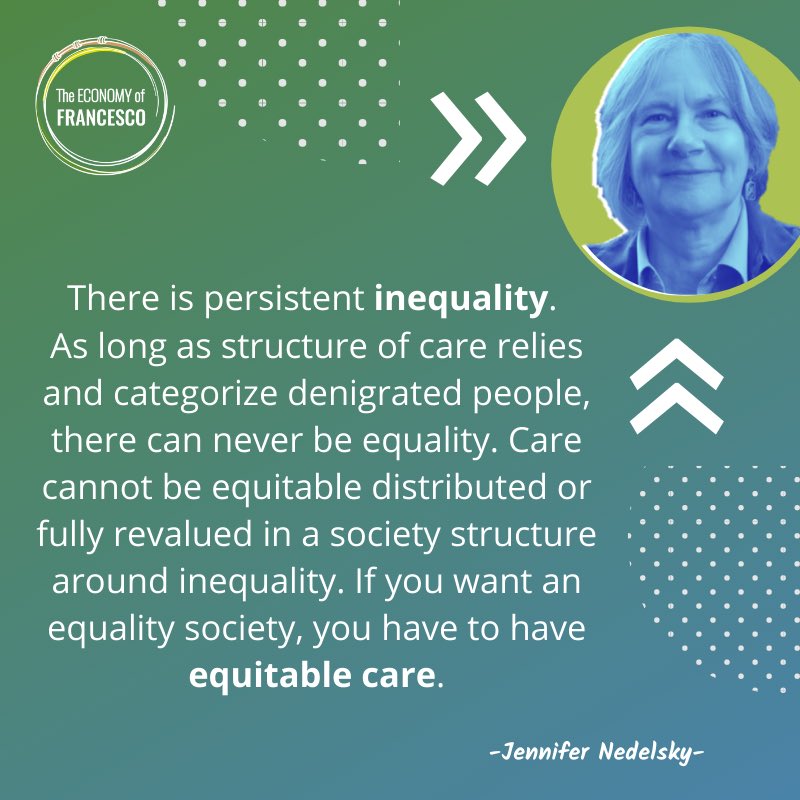 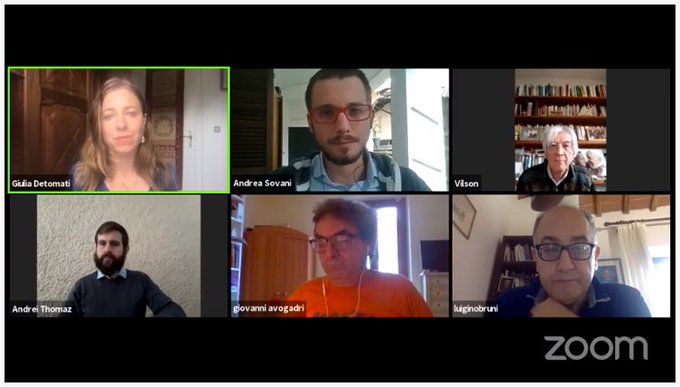 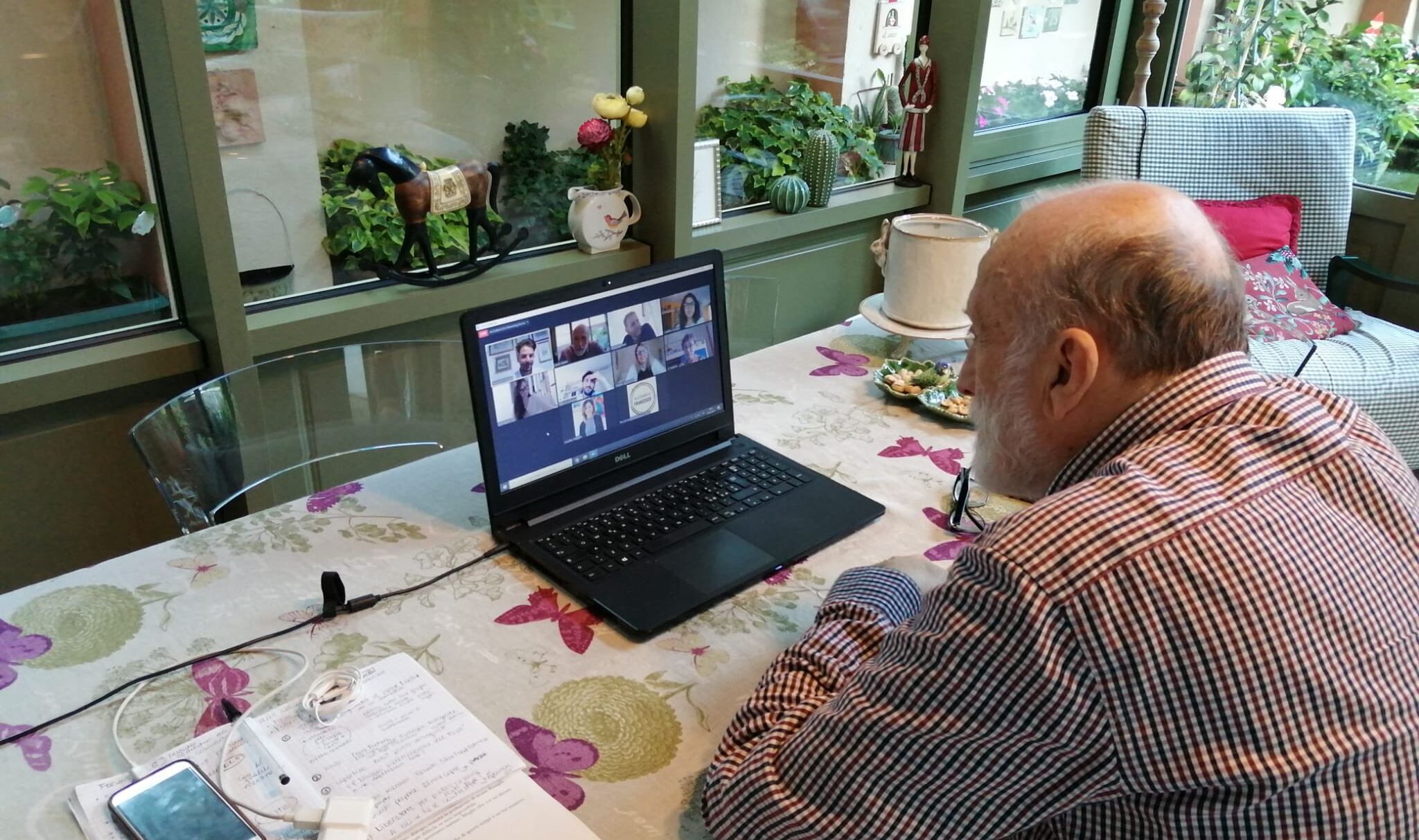 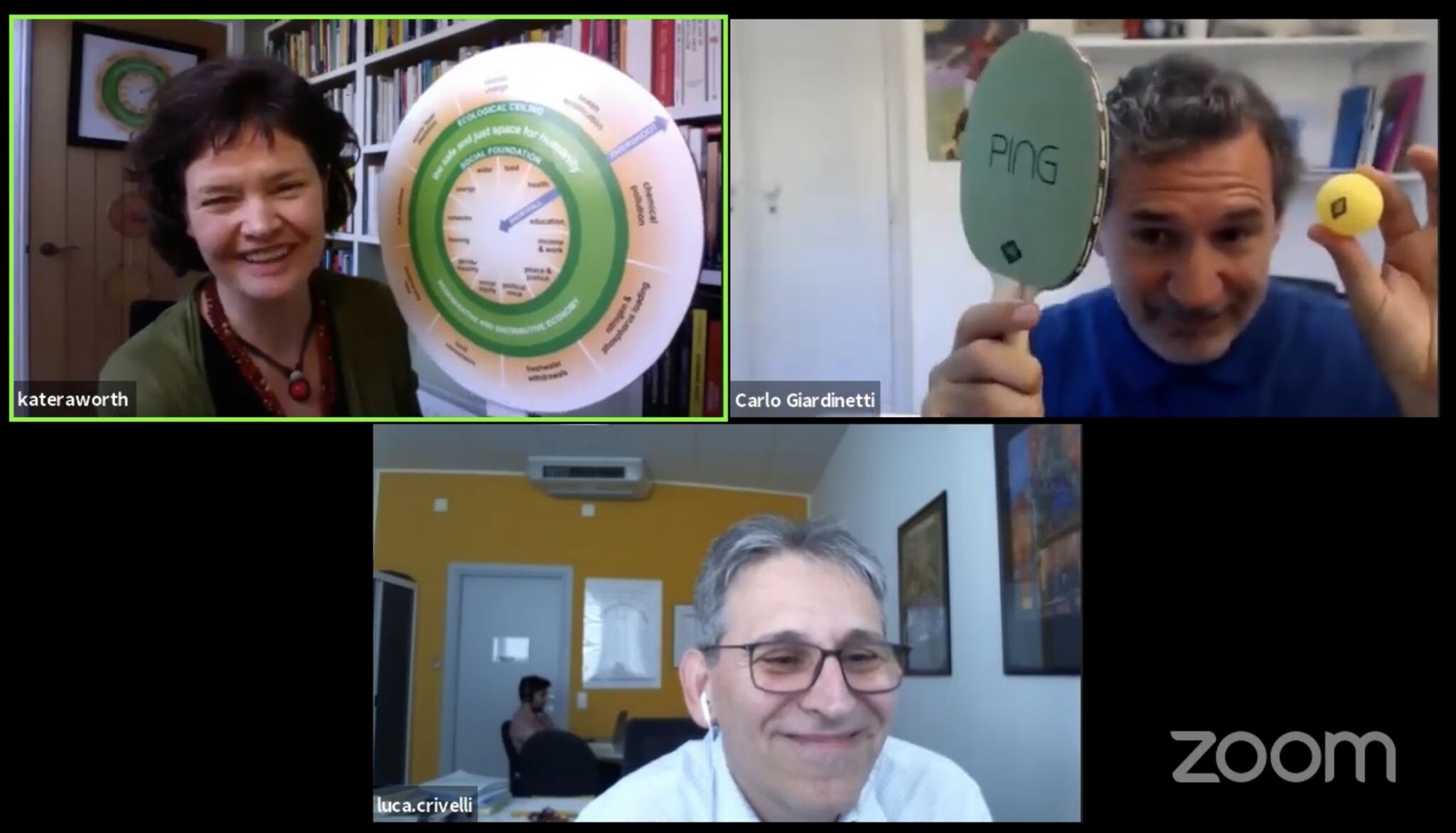 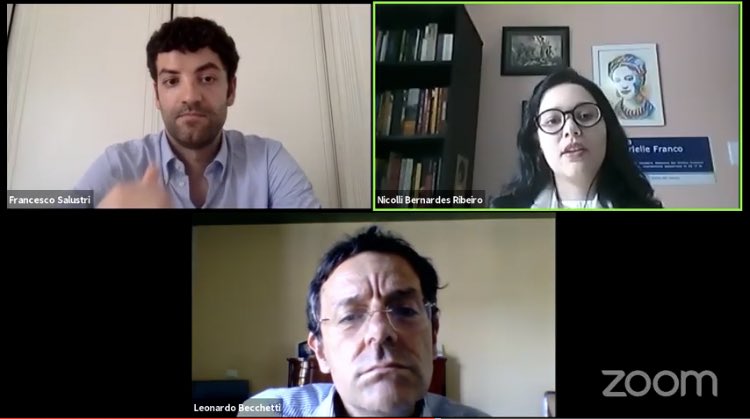