WORLD FOOD FORUM and THE ECONOMY OF FRANCESCO MASTERCLASS

Young economists, entrepreneurs and change-makers are invited to explore models for infusing economics with ethical values on 15 July 2021 in a 90-minute World Food Forum (WFF) Masterclass on “Integral Ecology”, hosted by the Economy of Francesco (EoF).

Named by the pontificate of Pope Francis, the EoF is a movement of global youth committed to giving “a soul to economy.” This interactive WFF Masterclass will provide an introduction to the EoF and discuss how an integral ecology perspective can be applied to a variety of interconnected themes, including energy, agriculture, finance, poverty, justice, and notions of work and care.

This WFF Masterclass will be presented in English and Spanish. 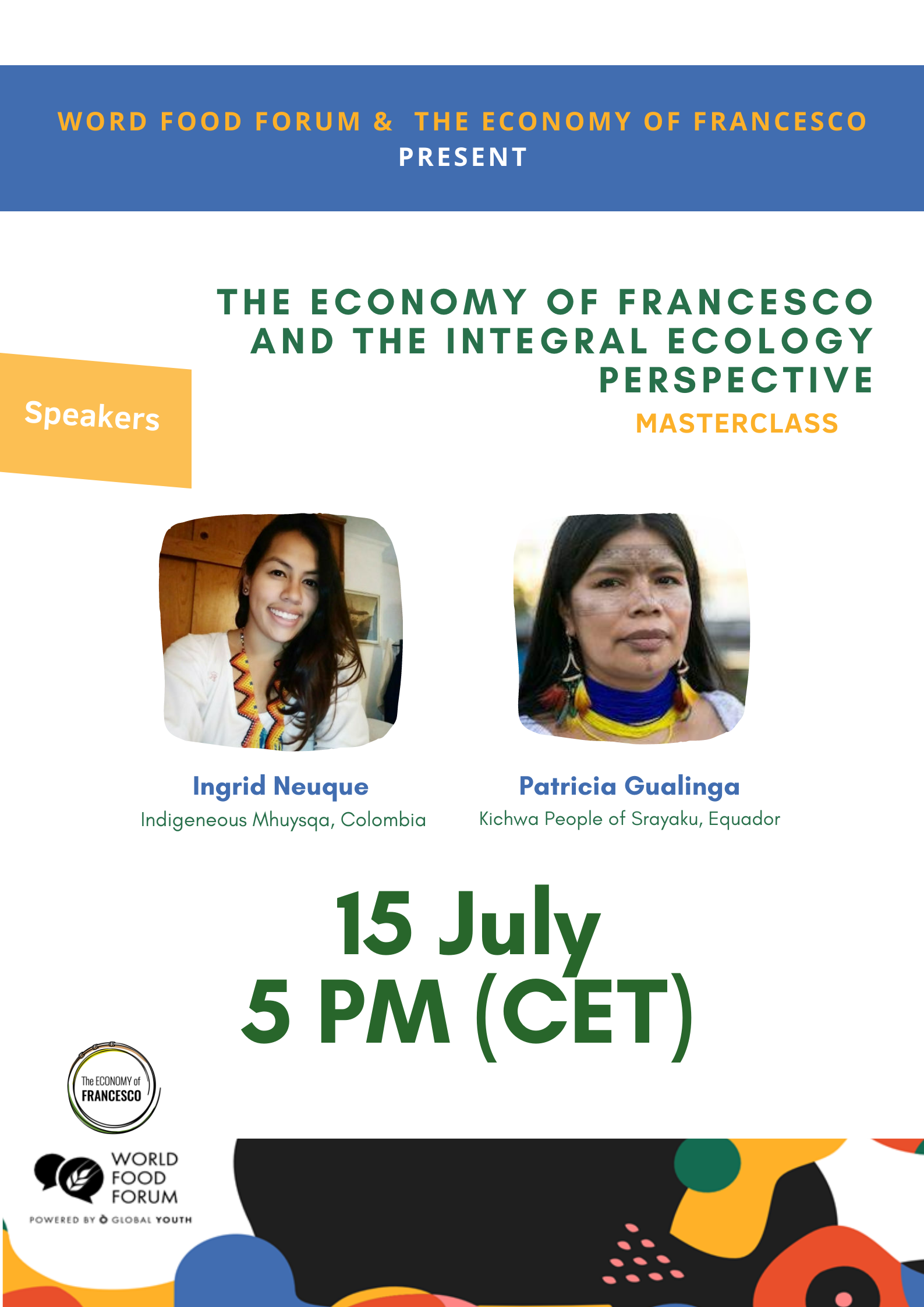 Join us to create a better food future: REGISTER for this WFF Masterclass today!