Ten years ago, Varsha Thebo, now 29 years old, left her country where she could not go to school. She now works at the World Bank in Washington.

Varsha Thebo is an adult woman. She will be 29 years old this coming September 4. However, her worldview is as youthful as a teenager’s. Raised in a small village in Pakistan’s Sindh, she was reborn 10 years ago when, at just over 19, she saw a dream come true: to fly to the United States and go to school. Thus last year began the adventure that took her (virtually) all the way to the  ‘Economy of Francesco,’ the international workshop solicited by Pope Francis for a more ‘sustainable, inclusive and caring economy for the least’. «It was an amazing experience,» she narrates from her room in Washington. «It taught me that cultural differences don’t actually affect so much the perception of problems and opportunities.» Inequality, she summarizes, is as cumbersome in the eyes of an American as it is in those of a Pakistani. Varsha’s familiarity with injustice is rooted in the years she spent in Sindh, an Islamic community of shepherds and farmers north of Karachi, one of the poorest provinces in the country. «Being a woman – she recalls – I could not go to school. I had to stay home and take care of my father and brother, learn to be a good wife to the man, my cousin, to whom I was promised. To serve, nothing else.»

She was lucky that she learned how to read the Qur’an in Urdu, the national language that was sometimes unknown in remote rural areas. This gave her the basis to learn English, on her own, syllable by syllable, poring over manuals, ‘men’s books,’ which she took from her cousins. The turning point came when she met Tom, an American doctor, who worked in that district for a polio vaccination campaign. He noticed her enthusiasm in showing off her knowledge of a few foreign words: ‘school’, ‘book’, ‘glass’. The man, she recalls, put his hand on her head and said, ‘I get it, you want to go to school.’ Days later, the United States Consulate asked (and got) permission from her father, Mohamed, to send her some books. Shortly after that, a visa to Atlanta and a scholarship to Agnes Scott College also arrived. Today, Varsha works at the World Bank in Washington, DC. After earning her diploma and university degree in Georgia, she transferred to Georgetown University, where she took a Master’s degree in Economics for International Development. This is where she got the idea of joining the EoF project. «Officially I am not a Christian – she points out – but this is certainly the religion closest to my heart.» 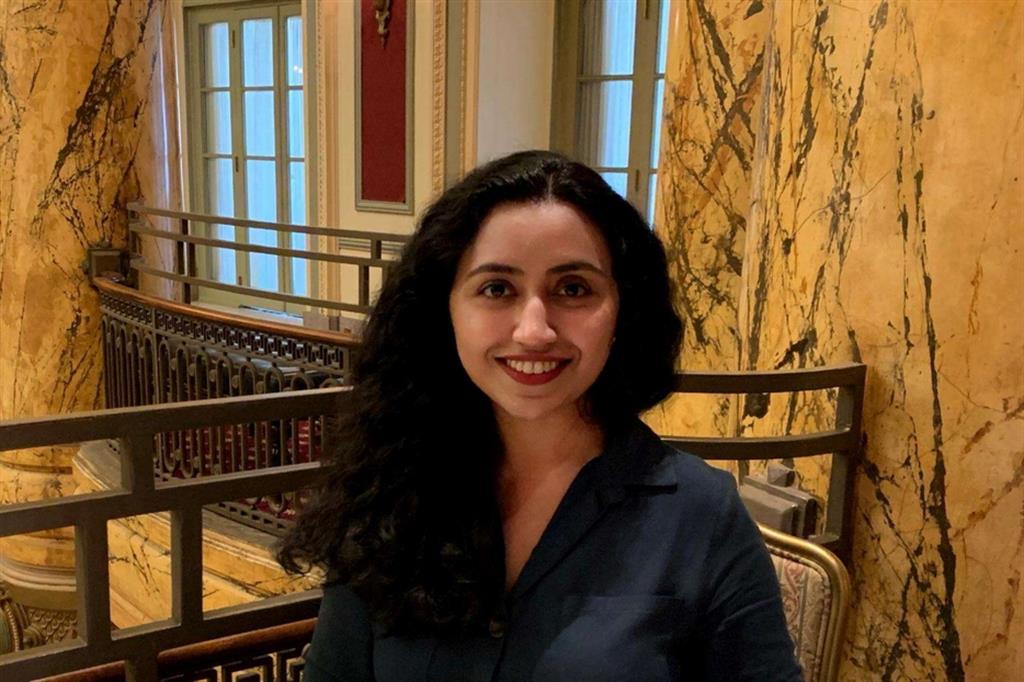 Joining the ‘Women for Economy’ group, which is one of the twelve into which EoF is divided, came as a logical step for a young woman, who for years had been kept away from books (and life) only because she was a female. «Making space for women in the world of economy – she stresses – means making it more empathic and effective. Perhaps more than men, they have an instinctive, very deep sense of what’s going on.»

The young woman, who says she first got into a car when she was seventeen years old, does not yet have a clear vision of her future. «It changes every day – she admits – as I discover the world.» Opportunities are not lacking: she spent eight months studying in Italy, at the Catholic University of the Sacred Heart in Milan, and has just returned from a wedding in Mexico. «I would like to be an authoritative voice – she imagines – at the frontline of women’s education in rural areas.» Her thoughts turn to the girls of her homeland, those to whom she cared to leave English books and audio tapes that the Consulate had given her before she left for Atlanta.

However, not all of them have fathers like her ‘BaBa,’ she affectionately calls him. He allowed her to go, despite opposition from village authorities, even putting his own life at risk.