Jordet: true happiness? It is in relationships

Jordet: true happiness? It is in relationships

“It is not merely wealth or social status that will heal man’s psychological wounds.”

Norwegian, clinical psychologist, has participated in the EoF Summer School related to the event desired by the Pope

What is a clinical psychology researcher doing among 35 young economists who talk about the common good? Maria Jordet, class of 1990, a doctoral student at Inland Norway University, traveled by train and bus from Oslo to Assisi to attend the summer school of “The Economy of of Francis” (EoF), the international laboratory of ideas and experiences in which new entrepreneurs and academics discuss, as Pope Francis has suggested several times, solutions for an economy that is more “sustainable, inclusive and attentive to the least.” “The study of the mind and behavior – explains the young lady – is aimed at improving awareness of what renders a truly healthy and happy life. The economists do the same.” Therefore, there is no doubt: “I’m in the right place,” she sums up with a smile. 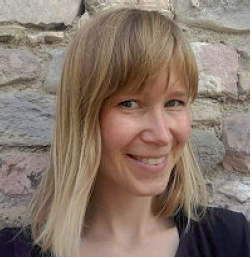 “When for the first time, more than a year ago, I read about the initiative, she says, I immediately felt that I had to be there, that I too should respond to the call of the Holy Father”. So it happened. After months of meetings limited to the online discussion due to the Covid-19 pandemic, at the end of the summer the young lady joined the large family of EoF “finally with physical presence.”

She is just over thirty years old, but the wealth of culture and experience she brought to Umbria is not little. She has been in Kenya twice, with the Missionary Sisters of Charity, for a volunteer project. But she also knows Bangladesh well, where she made a study on how music and songs of the local tradition can promote the psycho-physical well-being of the Bengali children.

“The first time I left, in 2014, I was struck – she recalls – by how the ancient rhymes, which are in danger of disappearaning today because no one cares to hand them down, had nourished the strength and courage of those children, male and female, from different social backgrounds”. It was in Dhaka that the researcher had the intuition that later became the object of her doctorate: “What heals man’s psychological wounds – she underlines – is something different from mere wealth or social status“. The most profound happiness lies elsewhere. For example, she says, “in relationships” which, as in the case of the Bengali children, reconnect man to his own past or, as shown by the results of another project of hers regarding ecology and the pain of unexpressed feelings, “to the natural environment from which you are removed for various reasons.”

From this scientific experience, as well as from her own, stems the perspective that Maria shared with the EoF community: first in the online working group on “life and lifestyles”, then during the training in early September. Also contributing to the Norwegian’s freshness and curiosity is her recent adherence to Catholicism. “I was born and raised in a Christian family,” she explains, “but I approached the Church of Rome only a few years ago through a process of discernment that I slowly undertook with the generous help of a Dominican friar. The final push towards Catholicism, she adds, “came with the election of Pope Bergoglio who, from the first moment, was able to speak powerfully to my heart, even if only with his actions.”

Maria emphasizes, almost with surprise, the concreteness of Franciscanism that emerged during the lectures and seminars of the EoF project. “Despite the fact that my doctorate is very much rooted in reality, I have always feared the abstract nature of academic research,” she confesses, “but this experience has helped me to understand how to strengthen the concreteness of my studies and how to direct them towards other issues of practical importance such as justice“. This is also why she hopes to remain with “the friends of Assisi” for a much longer time. The return to her home and to her daily work in Oslo is imminent. But the enthusiasm of the young psychologist, who loves swimming and writing, is such as to make her believe that the adventure of EoF “has just begun”.