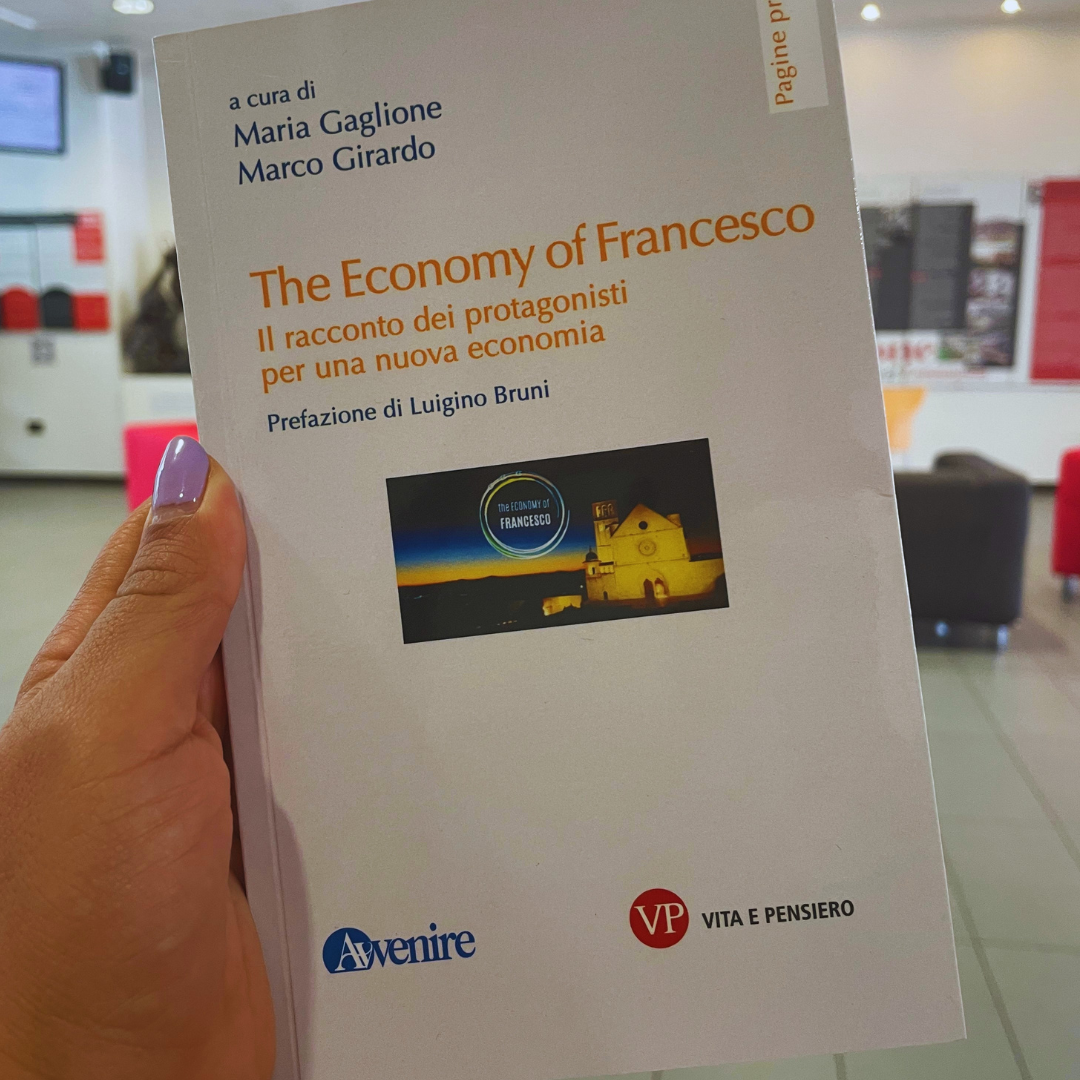 The global event in Assisi is approaching, to enter the atmosphere of the EoF, the preface by Luigino Bruni to the book “The Economy of Francesco. The story of the protagonists for a new economy” published by Vita e Pensiero con Avvenire, edited by Maria Gaglione and Marco Girardo. A collection of 24 stories published in Avvenire in these two years of the great movement wanted by Francis.

The grand vizier, who was in spite of himself the minister of such ferocity, had two daughters, the eldest of whom was named Scheherazade, and the other Dinarzade. One day when they were together in conversation, Scheherazade said to him: Father, I intend to stop the ongoing barbarism of the sultan on the families of this city; I want to dispel the right terror of so many mothers at the idea of losing their children in such a dreadful way.

King Shahriyar, betrayed by his wife, decides to choose the daughter of one of his nobles for his bride, performing a new nuptial ceremony every night. The next morning, he would have her killed, until Shahrazad, daughter of the vizier, imagines a solution: she will entertain the king every night by telling him a new story and postponing the end of the story to the next night. The experience works, and at the end of the ‘thousand’ tales, the king even forgot his hatred for women. So, Shahrazad saved the women of the country and saved herself, by simply finding a new story to tell every night. Ars narrandi, ars vivendi.

The narrative is hence proved to be an appropriate place for defeating death. On earth the perpetual fight is not only between eros (love) and Tanatos (death): there is an even more radical and decisive fight between Tanatos and Logos, that is, between death and word, between death and words. As long as we still have something to tell someone, we can postpone the occurrence of death by one day, and, perhaps, when it happens at the end of our story, we will find out that we still had a story to tell – it was the last, and it was hers.

Women are particularly gifted with words because they have a special familiarity with life. The reason could be that for millennia they have kept the house, and there they developed one of the key relationships while men were dedicated to the economy of productive and military relations outside. They changed the world by their word, they taught children to speak and to decrypt the whispers of the sick and the elderly. I am convinced that it was a Roman woman who had the idea to venerate a protective goddess of “mothers’ milk” (Edulica) and a protector god the ‘first word of children’ (Fabulinus). Even if it was the males who actually invented them, it was the mothers who certainly invoked them. In a time of worn out and weary words, if we want to rediscover the meaning of speaking and the meaning of words, we need to ask women afresh, to give us essential new initial words. 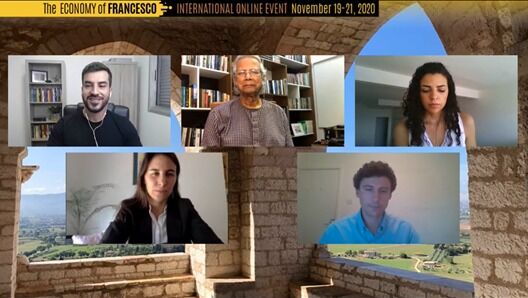 The Economy of Francesco (EoF), which was named after two men, Francis of Assisi, and Pope Francis, actually also holds a deep and essential feminine dimension. There are many young women who meet in this book, there are many young women protagonists of the EoF, and those who meet the EoF feel the typical feminine grace and gracefulness. Who meets the EoF does not encounter power but de-potency, few economic goods and many relational goods, few financial capitals and many symbolic capitals, and no occupation of spaces but activation of processes. And who knows more than the woman who gives birth to a child, what it means to trigger a process? And when a house is laid out and cared for by women, the house is the Oikos of all, its economy becomes oikonomia for the common good. The other name of Francis is Chiara.

Reading the stories of these young men and women economists, entrepreneurs, and change-makers – the three columns of EoF from the beginning – there is a strong impression of being in a new Arabian Nights context, where, as is also the case here, each story ends at the beginning of the next story. Different faces and yet one dissolves into the other, a beautiful polyhedron with a thousand faces. And unlike the sphere, you only know a polyhedron when you have known all the faces. If you miss one, the polyhedron has not yet revealed its secret. That is why the EoF before being a set of ideas, proposals, and economic theories, is a mosaic of faces, an open community of people.

While reading, you go on an authentic tour of the world, from North to South, from East to West, in the economy of “what has already happened” that is foreseeing the economy of has not yet occurred, and that can be glimpsed on the horizon. Stories and vocations, stories of vocations, of young women and men who have heard a voice, who felt they were called by name after they discovered that blessed letter of Pope Francis of May 1st, 2019. Vocations that will develop and lead to a medical economist, a micro-credit for women in Uganda, the local Economy Inkiri, an educational inclusion in India, Japanese smart glasses, Olena, the Ukrainian student who alone is altogether a message and a cry, the struggle for women’s rights in Mozambique, economists and researchers from the EoF Academy and the EoF School who tell several stories, wonderful stories of young women and men who are already changing the world by following a voice. And they are changing the world by changing their economy on a daily basis. 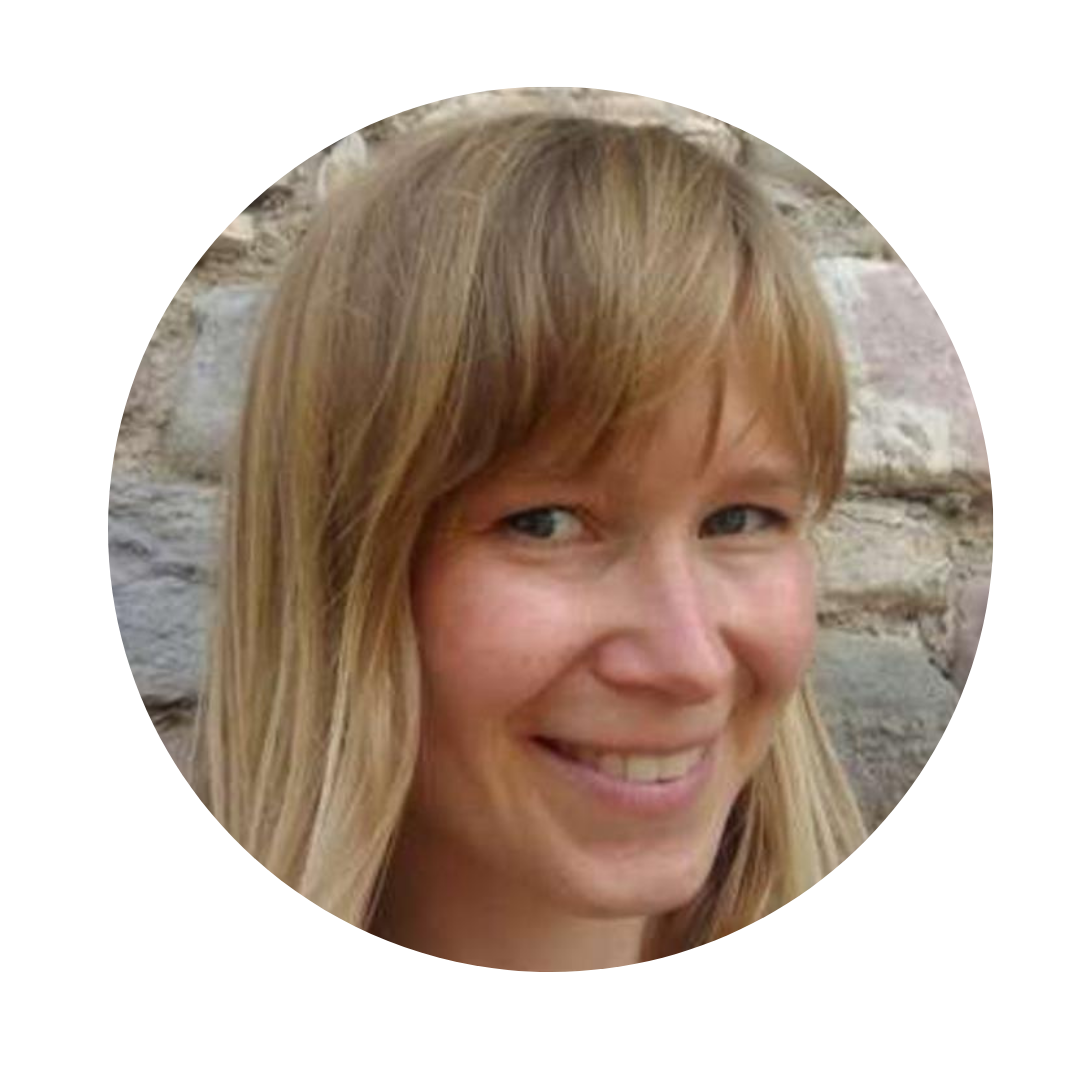 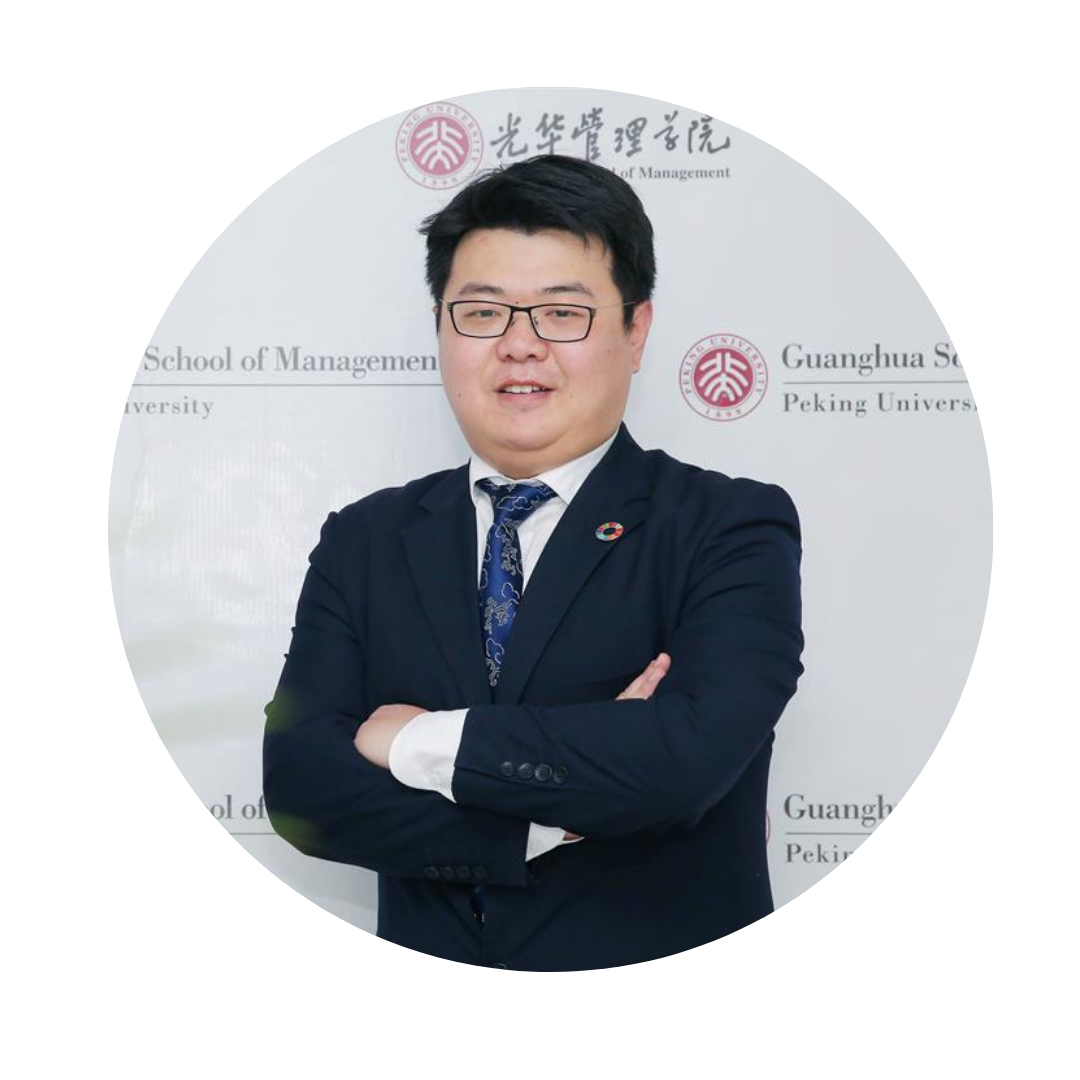 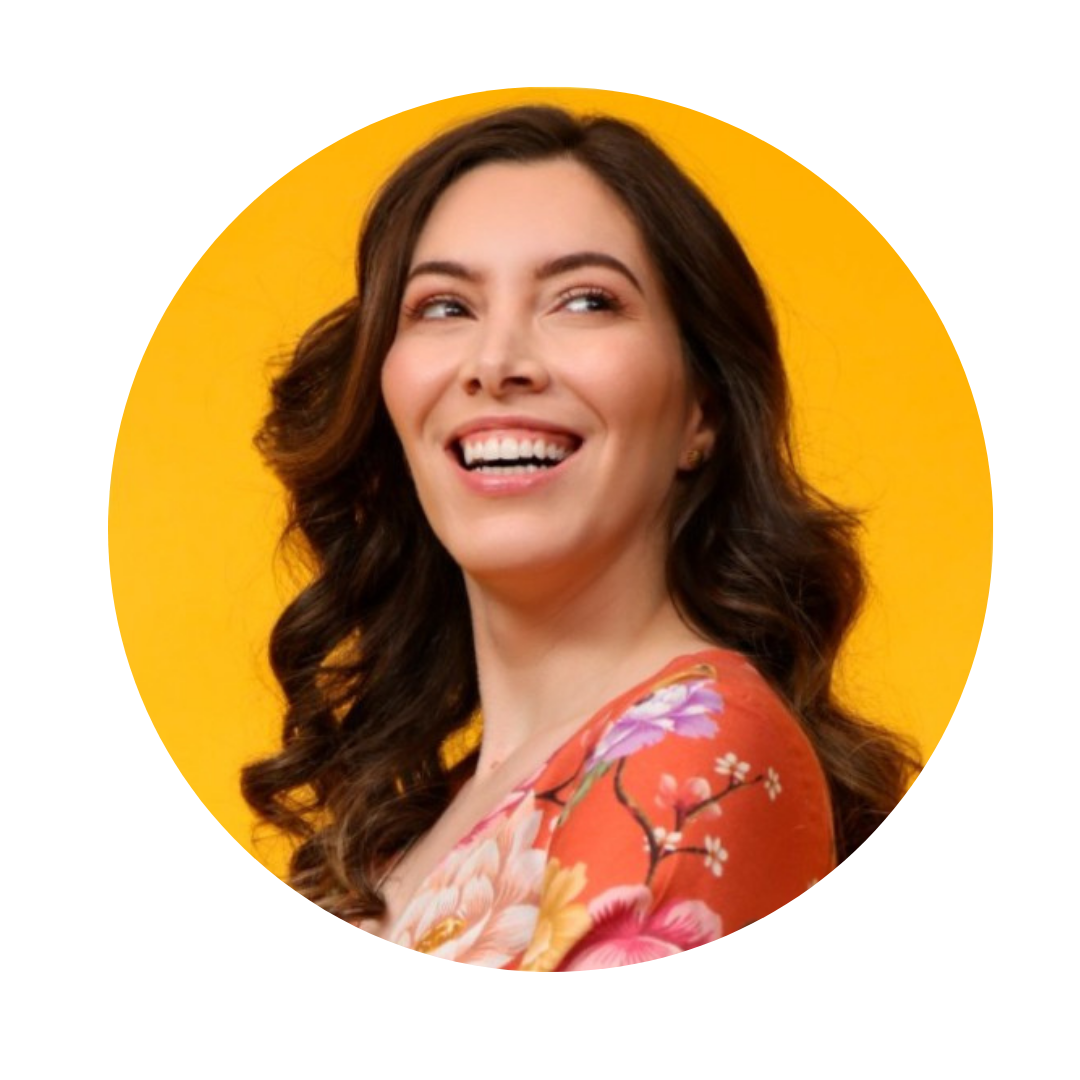 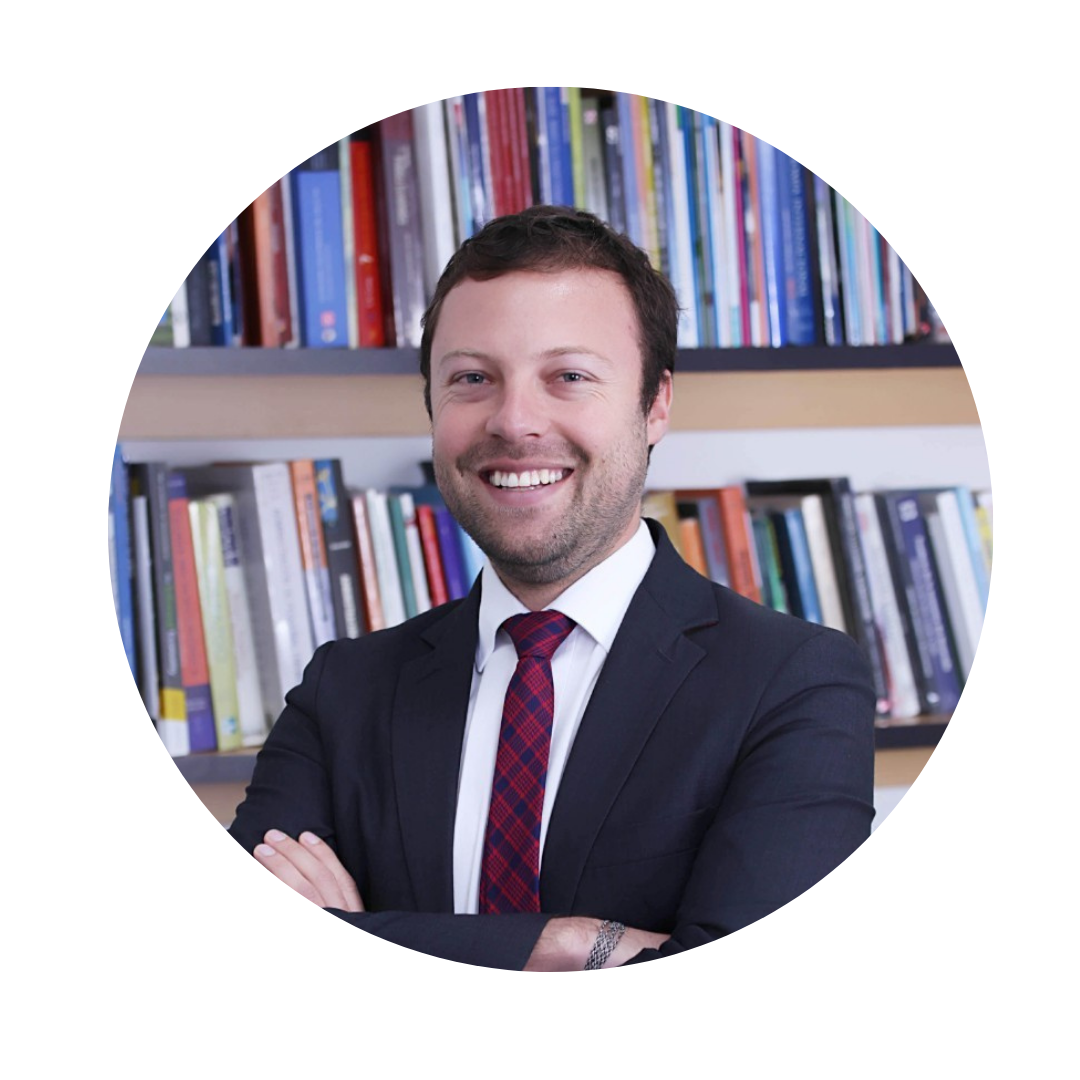 When we started, called by Francis we were before the pandemic and before the war in Ukraine. The environmental crisis had long since exploded, and worn-out and tired capitalism was already manifest to many. Pope Francis understood that giving back a soul to the breathless economy, in order to ‘rebuild a house (Oikos) that was crumbling away’, had to start with young people. It was a wonderful and decisive intuition because young people have some resources that are active as long as they are young.

The first of these is gratuitousness. Adults also know and experience gratuitousness because it is part of the human heritage. But while in adults and the elderly gratuitousness survives only if sustained by many virtues and much pain to defeat the natural tendency to ethical and spiritual avarice, the young person has a natural vocation to gratuitousness. For them, money is too little: they want everything, the whole world, and they want paradise. They need money, of course, sometimes for them it is very important also for life: but they use it as a take-off runway for their crazy flight. If you want to understand what gratuitousness really is – which has nothing to do with the free of charge but with life – just look at a young person.

They also have a very special relationship with the infamous “principle of reality” that in adults blocks almost all large and innovative projects in the bud. Faced with the evidence that “the world is like this”, young people respond: “ok, but if we don’t like it, let’s change it”. We are still young as long as in front of a world we do not like, we hope, and we think we can change it. When we start saying “this is reality” and then we stop, therefore our youth is over.

This is why they are anti-cynical. They believe in the great promises of friends, they are idealistic and concrete, a concreteness that includes ideals and dreams. They know that the promised land must be somewhere, and they never stop looking for it. And they know how to dream because youth is the time of great and infinite dreams.

A book therefore made of life alone, living stories of dreamers at every open, that Maria Gaglione and Marco Girardo, with the many journalists of Avvenire, have been able to meet, see and then narrate with great care and thoughtfulness.

I just have to say a big thank you to the editors and to Avvenire and the Publisher Vita e Pensiero.

May the wind of the earth be better than it has been so far: may it sustain the great wings of these young people, and of all young people.